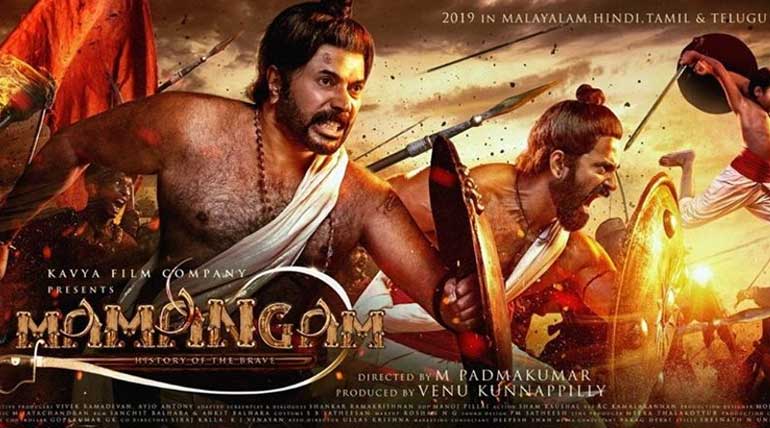 Mamangam Movie - Box Office collections: Mamangam is the latest Malayalam movie that has been released yesterday. The storyline of the film is based on the historic festival known as 'Mamankam' on the banks of the Bharathapuzha River. It mainly portrays the epic war events that happened around the 18th Century, between Chaaverukal warriors and Zamorin rulers.

This movie was directed by Padmakumar M and produced by Venu Kunnappilly under the banner of Kavya Film Company. The movie features the many prominent faces, including the Mollywood Stalwart Mammootty, Achuthan, Unni Mukundan, Prachi Tehlan, Kaniha, and Ineya in their respective lead roles. The Music is composed by Jayachandran M and Editing is headed over by Raja Mohammad.

The movie was released worldwide on 12th December 2019 and screened around 45 countries altogether. The total budget for the film is 55 crores, and it has been expected that the movie would have crossed the gross profit of around 23 crores on an opening day. The distributors are yet to announce the final box office collection officially, and this movie had an advance collection of 1.35 crores through pre-screening shows.

The famous Mollywood movie review show 'Snehasallapam' made a statement that, "Although the film has some huge star cast, the bookings in North India is almost nil on many cities and had a reasonable profit on other south Indian states like Tamil Nadu, Telangana, Karnataka, and AP." The Kerala Movie Club tweeted that the Mamangam movie has broken all the previous Day 1 records in Kerala by grossing over 23 crores and screened over 2000 shows throughout the state, they added.

Since the weekends are near, the movie is further expected to cross the box office collection of around 200 crores as per the reports.