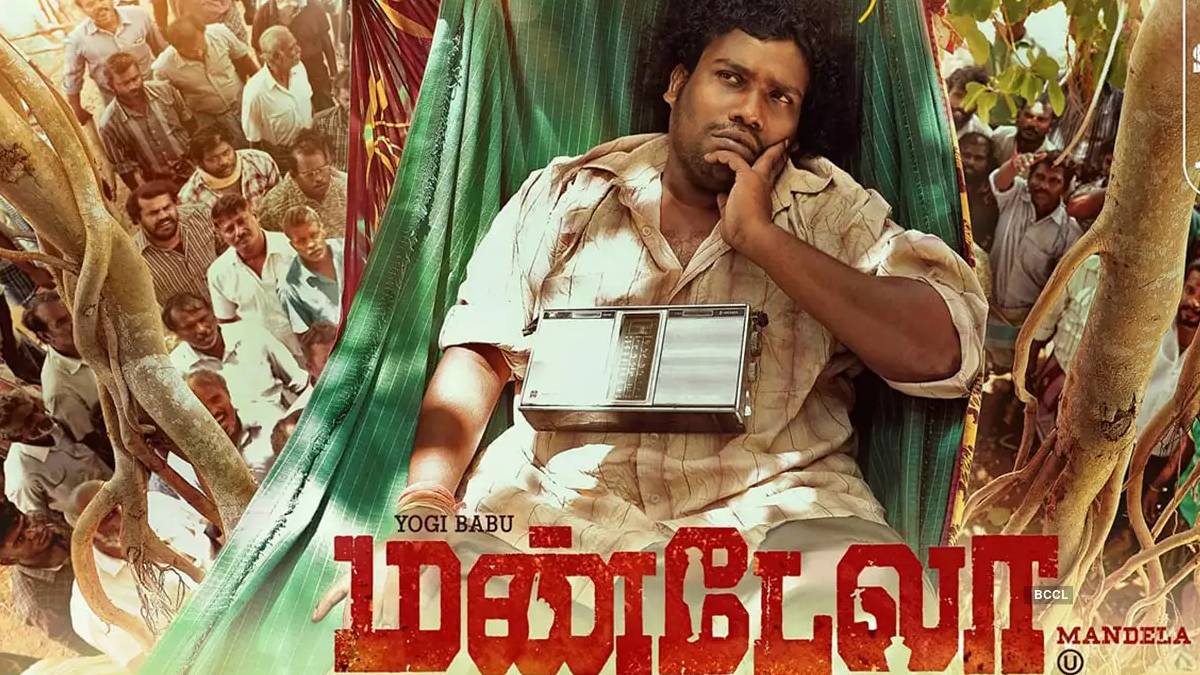 Mandela (2021) Tamil movie is streaming now on Netflix from today. This Movie is directed by Madonne Ashwin on his directorial debut and produced by S. Sashikanth and Ramachandra.

YNOT Studio is the production company, and Reliance Entertainment and the distributor for this film is Netflix.

The movie circles with the theme of Election, and the lead role is taken by Yogi Babu, who doesn't belong to any caste. He will be treated low in the village as he doesn't have any identity on his own.

He will be working as a barber, and his dream is to fulfill his father's wish, that is, to open a salon of his own under the same banyan tree where it dwells.

The village people call him Elichavaayan (smile), and they will make him do work by they won't pay him accordingly. He is not supposed to enter any building in the front door as he doesn't belong to their caste.

Since the village head won't take the lead due to circumstances, the sons will lead two parties by their caste.

The Movie moves with the merge of heroine entry and how the Elichavaayan name changes to Mandela, and how did Yogi Babu get the right to vote. The heroine, Sheela Raj Kumar, will be so kind to Yogi throughout the film, which will be admirable.

The election campaign will get started, and the vote count will b neutral for both parties. At that time, both party leaders will require just a single vote for the victory.

That's the plot where Yogi Babu will receive the voter ID, and both the party members who treated him low will treat him with benefits. Mandela will be noticed by both the party people as his vote matters at its peak.

Mandela's photo will be on banners, and he will be provided with cash and materials. This Movie is said to be watched before the Election as if it depicts the screens of reality.

The Movie concludes with Yogi Babu on the question of to whom he voted. The movie projects a reality with humor and delivers a meaningful message.

This movie must be watched by every citizen so that he/she will come to know the value of their voting right.