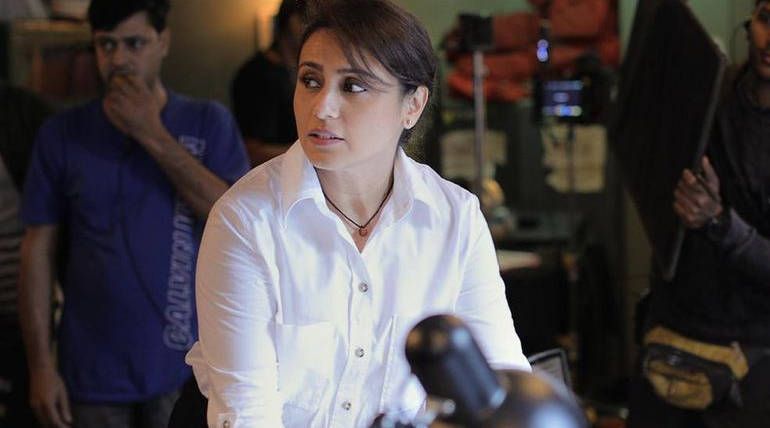 Mardaani 2 Box office collection competes globally with Jumanji: The Next Level: 2014 Mardaani bangs on the silver screens all over the country this year with its sequel film Mardaani 2.

Though Mardaani 2 starring Rani Mukerji reprising Shivani Shivaji Roy on the screens mounted with a small pace on its collection on the first day of 13th December in theatres. But now, the social intriguer speeds the race on the forthcoming days collecting box office in the first-weekend with rage.

Directed by Gopi Puthran, Mardaani 2 depicts the hunting of young serial rapists by a courageous women police officer, SP Shivani Shivaji Roy and that hunting earns more preys in theatres collection in the first three days itself competing with the international sequel Jumanji: The Next Level under the direction of Jake Kasdan.

Starting with the first day's collection of only Rs.3.80 crore indeed a potential lazy start, Mardaani 2 screens began roaring in the collection after 3 p.m on Friday with about Rs 6.55 crore on Saturday followed by a round of 7 crores on Sunday.

Mardaani 2 runs nearly 1600 theatres in India while the Jumanji flick starring Nick Jonas shows off the game around the world and competes with Mardaani 2 India's collection as well.

Though Mardaani 2 and Jumanji: The Next Level seems unstoppable in Box office collection depicting the strong screenplay and direction as word of mouth all over. But the Spanish remake of The Body movie lacks thrilling and highs in romance grossing the collection with only Rs 1.25 crore till now.

Following the December 13 hit flicks in Bollywood and Hollywood hits on screen, the coming soon movies next week leap Christmas release collection toughing the second-week box office for the pre-released blockbusters setting the need for trade analyst once more.