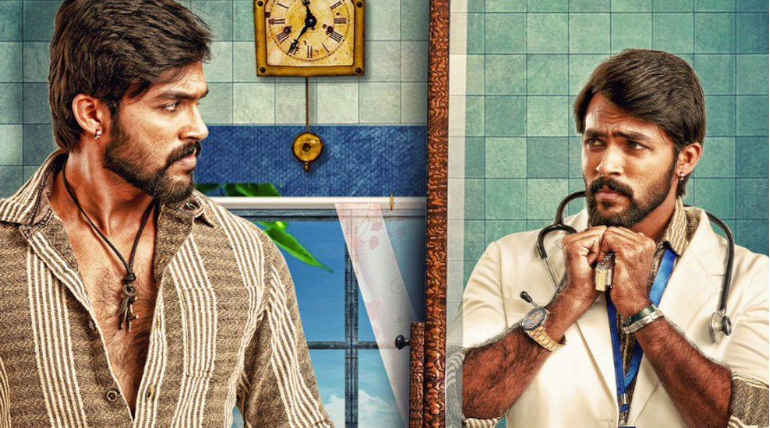 Saran and Bigboss Arav's Market Raja MBBS review: The famous director Saran is back with his MBBS title again in Market Raja starring and introducing Biggboss Arav and Kavya Thapar in the lead roles.

Plot: In the film, Rohini's son, a scared doctor, is killed mistakenly instead of Market Raja(Arav).In that place, the spirit of the doctor clings to the powerful king.

Arav comes as a robust man in the first half of the film and becomes an innocent boy in the second half due to the inhabitation of a ghost in Market Raja's body. On top of that, there is no interesting thing in the screenplay which upsets the audience. None of the comedy scenes works for Arav though Kavya, Raadhika, and Rohini convinced their portions well.

Generally, Saran films come with a sense of humor, which audiences witnessed more in Vasool Raja MBBS, but Market Raja's film does not have much comedy. The unimpressive scene downs the Market Raja MBBS but somehow scored in Background and music by Simon K.King.

Radhika Sarathkumar played Sundari Bai, who retains gestures as don's mother in her market business. Radhika seems Vadivel version of comedy in the film scoring an above-average performance. Indeed, actors like Nasser did not mind much in Market Raja MBBS.

Arav's first film starring two other characters Don and Doctor, is hardly commendable for doing things clearly at certain scenes. Nikisha Patel is used to showing the glamour of Stephanie's character did not stick with the story. Sayaji Shinde's Minster character in the film knocks boredom. Kavya Thapar has done the job well.