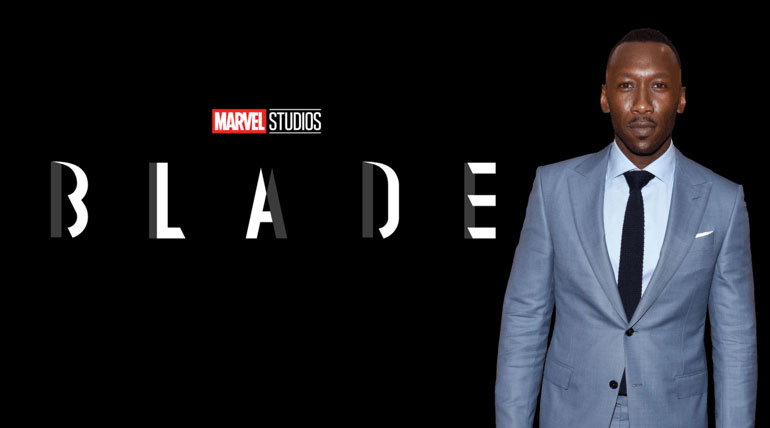 Blade Movie is back. But this time it is not Wesley Snipes in the lead role. But it is the two time Oscar winner and one of the most influential people in 2019, Mahershala Ali.

Marvel Studios President Kevin Feige announced on Saturday, July 20th 2019 of this new development. Fans were thrilled of this announcement as it comes more than a decade of Blade Trinity.

Blade is a blockbuster superhero film of 1998 based on the Marvel Comics character with the same name. It was a runaway hit at that time with worldwide record collections of more than 131 million dollars.

Blade Movie directed by Stephen Norrington and written by David S.Goyer.  Wesley Snipes played the role of half-human and half-vampire as the vampire hunter in the movie.

Wesley Snipes produced the movie along with Peter Frankfurt and others. Blade II followed the Blade series in 2002 with a medium success and then by Blade Trinity in 2004.

All the Blade movies were featuring Wesley Snipes, and the writer for all was David Goyer who directed the Trinity also.

Marvel Studios being the subsidiary of Walt Disney created the vampire superhero character Blade in 1973. Now, with the announcement of Blade in Hall H of the San Diego comic.

Con 2019, Marvel studios will be producing their fictional character Eric Brooks into a movie of their own with Mahershala Ali.

Mahershala Ali to fill in the shoes of Eric Brooks well done by Wesley Snipes is ready for it. Already with two Oscars in his kitty, he seems to be the right person for it.

The Time magazine has announced him as one of its most 100 influential people in 2019.

Mahershala Ali won "Best Supporting Actor" academy award in 2018 for the film Green Book and earlier in 2016,  for best-supporting actor in Moonlight.

He is also a rapper and won many other awards like the Golden Globe award.  Saturday, July 20th 2019, announcement of Mahershala Ali as Blade, Kevin Feige brought Mahershala Ali on the stage among the cheers of the audiences.

Except for announcing Mahershala Ali as the lead role for its upcoming Blade series, Marvel Studios did not divulge any further details. But this announcement is enough for the movie lovers across the world to await with eagerness for Eric Brooks to come back on screen as Blade.