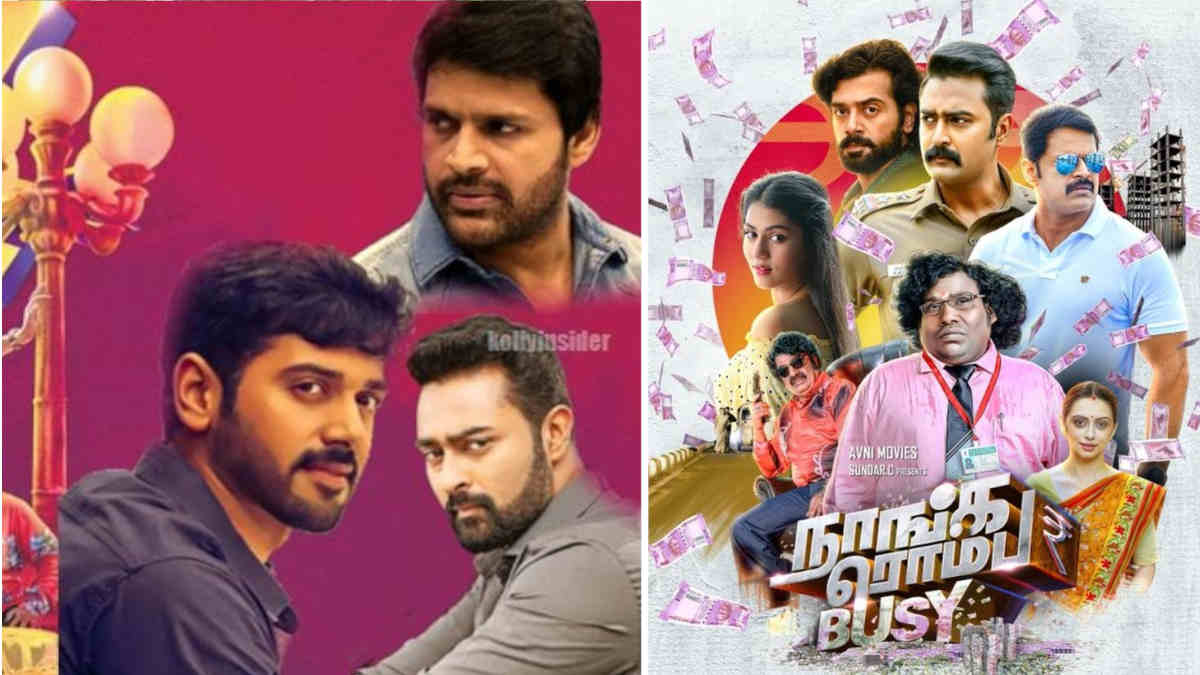 The first look of the Maya Bazaar 2016 remake of this film was released by the crew yesterday. Sundar.C named the movie Nanga Romba Busy, Prasanna, Shyam playing lead roles in the film.

The movie 'Maya Bazaar 2016 ' was well received by the Kannada fans, is being remade in Tamil as Nanga Romba Busy. The film is produced by Sundar C and directed by Badri. In September, the crew officially announced the remake of Mayabazaar and released some photos of the shooting spot.

As the film's shooting is going to be end soon, the film crew released the first look of the film yesterday. The first look poster of Nanga Romba busy has the resemblance of Maya Bazar 2016 poster.

Both the posters are colorful and eye-catching. Mostly Sundar C's film was entertainment Damaka for the Tamil audience, we could expect Nanga Romba busy as another bough of director Sundar C.

Maya Bazaar was released in February 2020. The plot focuses on demonetization and the struggle people faced during a particular time. Obviously Sundar C's films are filled with comedy, so the film will express the hectic situation mixed with comic sequences.

Meanwhile, Sundar C has been working on 'Aranmanai 3', the next part of his well-known sequel.  Arya, Andrea Jeremiah, and Raashi Khanna are playing lead roles in the horror movie.