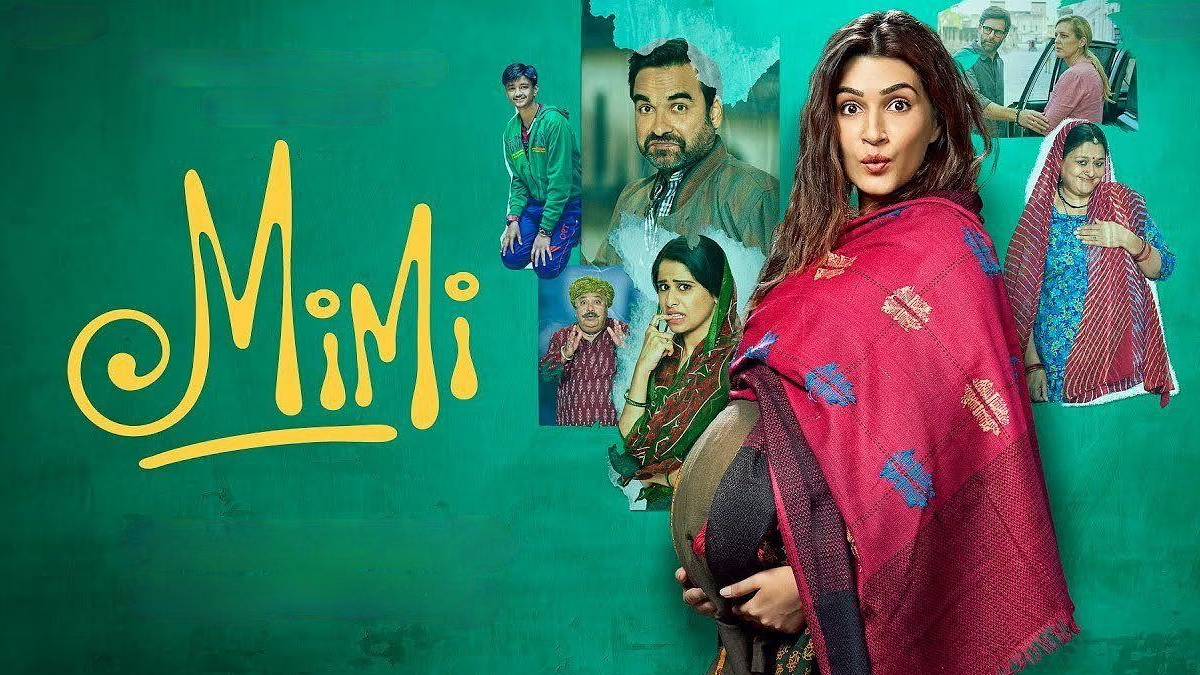 In 2011, 'Mala Aai Vhhaychy!' It was released in Marathi and won a national award fot its beautiful direction and acting. In 2013, it was remade in Telugu by Singitham Srinivasaraounder the title 'Welcome Obama'. Ten years later, the same Marathi film is being remade in Hindi as 'Mimi.' And Mimi is released today on Netflix and keeps receiving a good response.

Mimi, directed by Laxman Utekar and written by Laxman Utekar, Rohan Shankar, is released today on Netflix and Jio cinema, produced by Dinesh Vijan and Jio Studios. Cinematography is handled by Akash Agarwal and edited by Manish Pradhan with the music of A.R Rahman.

Mimi Rathore wishes to become an actress buy the situation will give her a hard time. Mimi Rathore has perfectly reflected the different stages of a character and its flow of thought, such as dreaming of becoming an actress as a woman, and finally agreeing to be a surrogate mother for selfishness, and then struggling to cope with the problems that arise from it.

If the centre of the film is Kriti, the partial credits go to Pankaj Tripathi. The film manages to entertain till the end with a fantastic script with a mixture of emotions, comedy, sentiments, anger and intense thinking. The swift of emotions is screened with no flaws nor interruption throughout the film.

Mimi, who wanders with big dreams, may have given up her dream for a child and pointed out even more substantial reasons for the path she chose and the destiny that happens in her life. At one point, the film moved on to the controversial notion that the fetus should never be aborted. The instant decision that she takes is one of the turning points of the film.

Pankaj Tripathi and  Sai Tamhankar had done the best supporting role in the film with a merge of comedy and emotion. The screenplay of the feel has come out decently and beautifully. The dance of Kriti is stunning in the first of the film, as it energized the viewers at the beginning itself.

A.R Rahman tuned the tracks that brings liveliness while watching the film. Music in this film indirectly communicates with the audience so that the viewers can feel the feeling projected. As a whole, the film is a must-watch film and can be enjoyed by the family since there is no adult content throughout the film. The comments on this film are loaded with positives, and this film Mimi is streaming on Netflix.