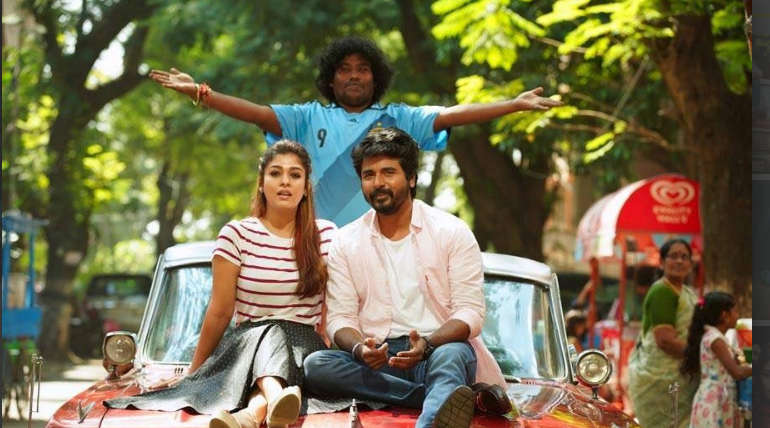 #MrlocalManiaStarts is trending today with the release of the much-awaited Mr local film from Sivakarthikeyan. As always Sivakarthikeyan aka the boy next door has hyped up his film and managed to stand out in a sea of new films released every day.

The initial reviews coming in are mixed responses with some calling it boring while others praise SKâ€™s acting and good looks. This is the first time for SK with Rajesh who is famed for his friendship and romantic comedies such as OK OK and Boss engira Baskaran. Though his recent films were not much of a hit, this film is expected to be a hit among the family audience. The reviews also confirm that this a typical Rajeshâ€™s film with bits and pieces from his previous films.

The trailer showed us that SK is a local boy challenging the CEO of a corporate Nayanthara and the romance between them. Along with them are Yogi babu, Sathish, â€˜Mottaiâ€™ Rajendran, R J Balaji and Thambi Ramaiya.

Kollywood updates tweeted, â€œnormal first half, gud entry SK, sumaar comedyâ€ during the interval. Many praise Sivakarthikeyanâ€™s entry but think comedy bits are too cliched. The comedy actors too are not effective in bringing out the laughter even with 5 of them on screen. This is the second time Nayanthara and Sivakarthikeyan have joined after Velaikaran. The first show crowd consisted of many children which are typical of SKâ€™s films as most of his films are family entertainers. Some criticise SKâ€™s rhetorical comedic one-line punches that are not working out which is a continuation from his previous film Seemaraja. Hip-hop Thamizhaâ€™s album was a hit even before the release of the film and reviews from the filmgoers to support that his album was entertaining and has complimented the film.