Mr Local Ticket Bookings are on a Roll and Shows to Start by? 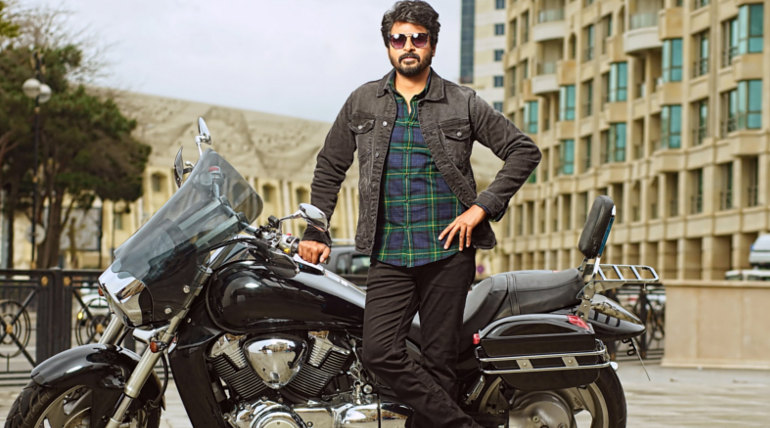 Mr.Local is now the talk of the town. The film has everything it needs for a perfect genre. The movie is directed by Rajesh, who is known for his excellent success like Oru Kal Oru Kannaadi, Arya starrer Boss Engira Baskaran in the comedy genre. It is believed that Sivakarthikeyan's sense of humour will add a great deal to Rajesh's package. Lady superstar Nayanthara is the leading lady of the movie. It is her second project with Sivakarthikeyan after their blockbuster Velaikkaraan and with the director as well following Boss Engira Baskaran.

The movie is produced by Studio green K.E.Gnanavel Raja and distributed by Red giant movies, Udhayanidhi Stalin. This will be Sivakarthikeyan's 13th movie as a lead actor. The soundtrack is already released and has been a big hit. The songs are chartbusters everywhere. The booking has been opened for the movie in all the theatres around Tamilnadu. The tickets are getting sold out much quicker in every city and the first show will be starting by around 9 am in Chennai.

In a recent press meet, the actor Sivakarthikeyan said that he has returned to full-fledged comedy genre as the audience like him do such roles better. He also added that Nayanthara is an amazing performer and her potential could not be fully utilized in Velaikkaran but her presence will be fully felt in Mr.Local. In this, the male protagonist plays a sales executive in a car showroom and the female lead plays the role of a Serial Producer.

The movie is all about the clashes between them which end up in romance. There was also a rumour that the movie is the remake of Superstar's Mannan. But the actor Sivakarthikeyan confirmed that it is not. He said that the movie is not a remake of any movie or whatsoever. It may resemble it as the storyline of Mannan also revolves around the clash of the leads. But Mr.Local will be a full-on comic film.

Mr Local Ticket Bookings are on a Roll and Shows to Start by?