Naarappa, the Telugu Remake of Asuran First Look Poster is Out 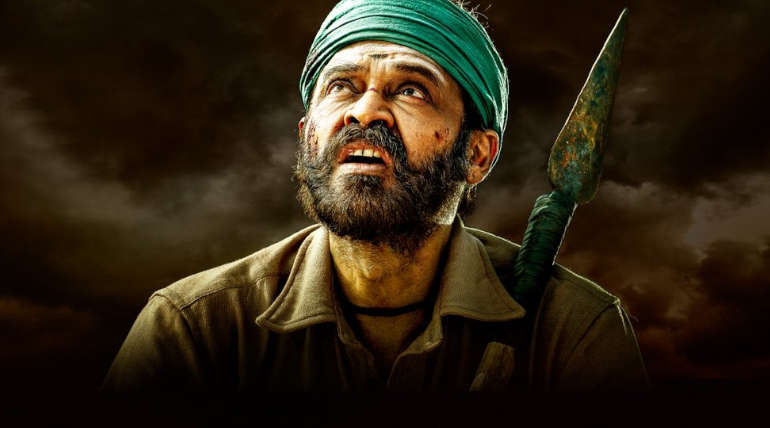 Naarappa the Telugu Remake of Asuran First Look Poster is Out

The 2019 Tamil film Asuran is all set to be made in Telugu. In fact, if sources are to be believed, the pre-production work of the Telugu film is already underway. The film in the Telugu language will be titled Naarappa. After much debate, the title of the movie was finalized for the Telugu version.

We have come across several books being adapted into movies, real-life stories of people being told through movies, and also events that have historical importance being made into films. Those who are involved in the movie-making profession also, on several occasions, remake movies from one language into another for various reasons. Asuran is one such Tamil movie that is all set to be remade in yet another south Indian language.

For its remake, actor Venkatesh Daggubati is joining hands with director Srikanth Addala. Sources in the movie circles share that the two have come together after a long time. In the past, the actor-director duo has worked together for the film titled Seethamma Vaakitlo Sirimalle Chettu. The latest buzz is the two have teamed up for the remake of the Tamil film.

Movie critics already have high expectations from the Telugu remake of the Tamil version. A source has confirmed that because of the fact that the Tamil version of the film did exceptionally well at the box office, the Telugu remake of the film is expected to, if not do better at least match what the Tamil film delivered. Despite Naarappa being in its pre-production stage, one aspect is clear, the expectations from the film are high.

With a strong storyline and plot, Naarappa is sure to live up to its expectations. It may be recalled that Asuran, the Tamil film, is based on the novel Vekkai by Poomani. The film had actor Dhanush and actress Manju Warrier who played the lead roles. According to critics, both the lead stars did full justice to the respective characters that they played in the Tamil movie. Asuran is directed by Vetrimaaran, produced by Kalaippuli S. Thanu and is written by SuKa. Released in October of 2019, the Tamil movie runs for a duration of 139 minutes.

The drama film, which is not free from action, is created under the production banner of V Creations in Tamil. According to film critics, one of the reasons for Asuran to do well is the fact that the plot of the film draws inspiration from the Kilvenmani massacre that occurred in the year 1968. With expectations riding high from Naarappa, we will have to wait and watch how the film delivers.