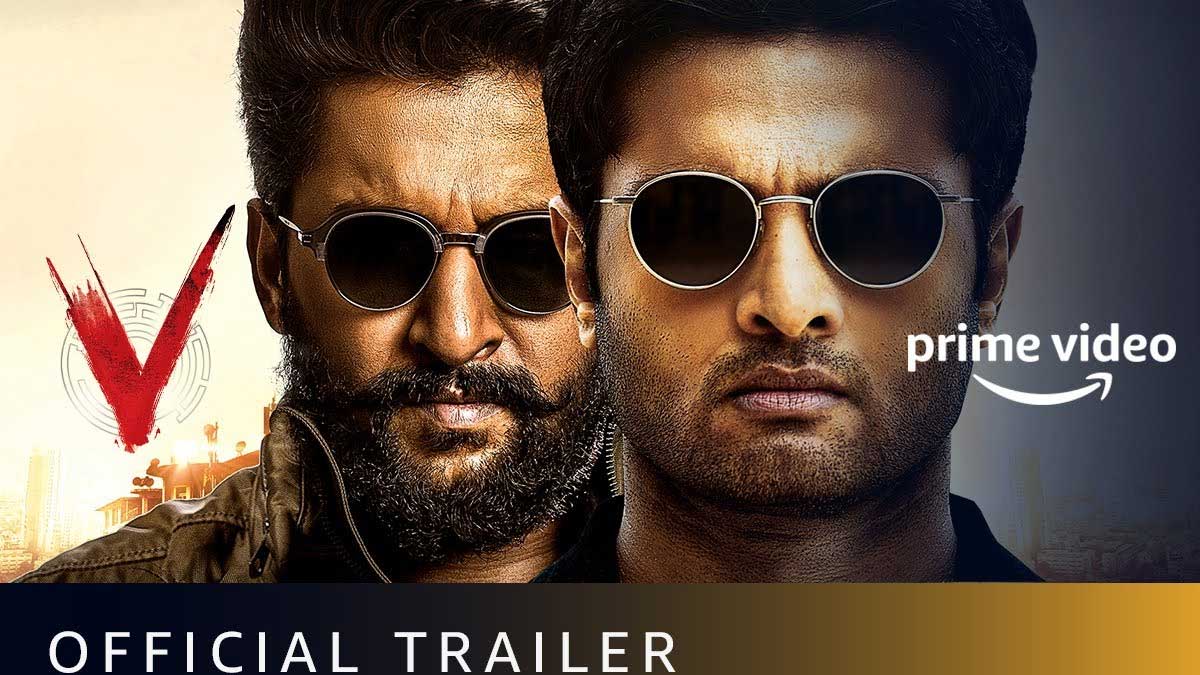 The trailer of Nani's upcoming Telugu film V was released on Tuesday, just in 24 hours, it has reached 7 million views. The crew scheduled to release it on the Amazon Prime video on September 5.

V is a forthcoming action thriller Telegu movie, Nani's 25 th film in which he plays the role of antagonist. Nowadays, heroes playing the villain role was welcomed by the audience. Let's hope Nani's new attempt may better outcome.

V was planned to release on 25 th of march, due to the pandemic it was postponed. Sri Venkateswara Creations planned to release it on Amazon Prime Video on September 5. Leading roles are done by Nani, Sudheer Babu, Nivetha Thomas, and Aditi Rao Hydari and direction by Mohan Krishna Indraganti.

Since the lockdown, V is the first big-budget south Indian movie to release on the OTT platform. Analyzing the trailer, Nani is a psycho killer who is murdering people without any guilt, but for entertainment and attention. Sudheer Babu, a diligent cop, tries to stop the killer and investigates the reason behind the murders.