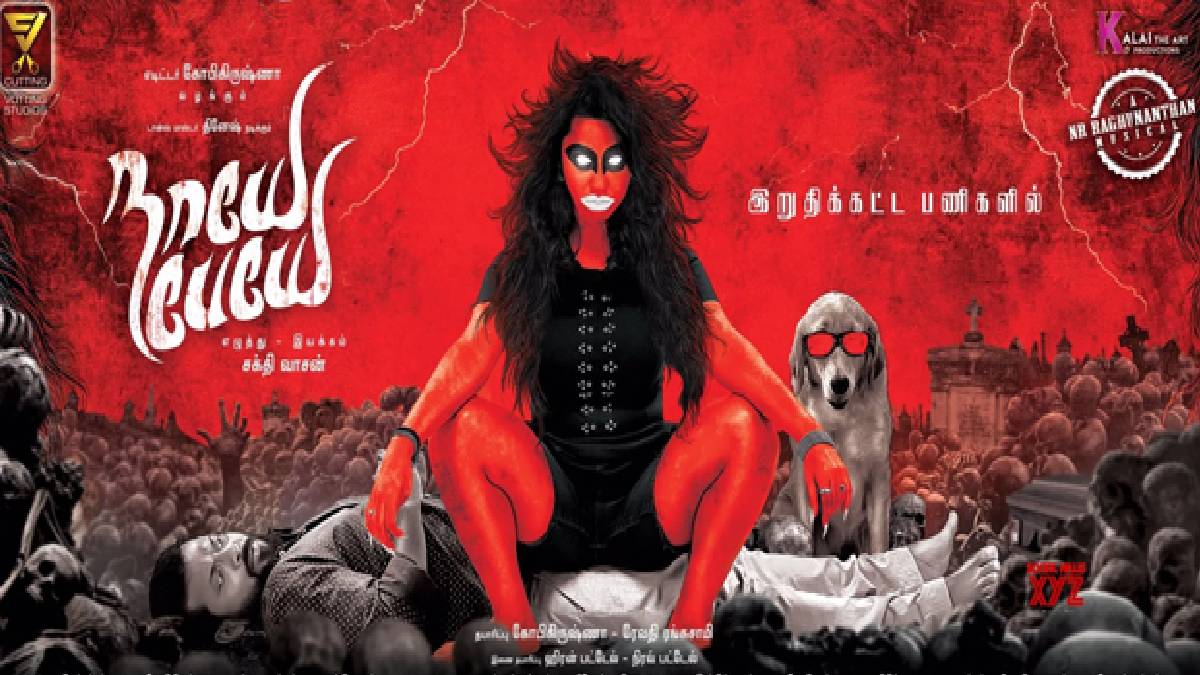 Nayae Peyae (2021) Tamil Romance drama is on big screens from today. The movie cast and crew are familiar faces, but the combo is new to the viewers.

The movie title itself brings an odd thought which says Ghost and dog. The movie title triggers the viewers and raises curiosity to know what the movie says.

The other leading roles are handled by Sayaji Shinde, Aishwarya, and A. R Murugadoss. The movie is mixed with romance, horror, love, and emotions. The hero falls in love with Ghost even after knowing that she is a spirit.

Nayae Peyae (2021) Tamil movie is directed by Sakthi Vasan under the banners of editor Gopi Krishna and Dr. Revathi Rangaswamy. NR Ragunathan tunes music with the cinematography of Niranchader.

Harish Reddy did the editing part, and Sakthi Vasan pens the lyrics. The co-director of the film is V.Senthil Kumar, and the production manager is Askar Ali.

It is encouraged to watch the film at theatres to appreciate the efforts of the cast and crew. Piracy platforms will not give the complete feel of horror that is to be enjoyed.