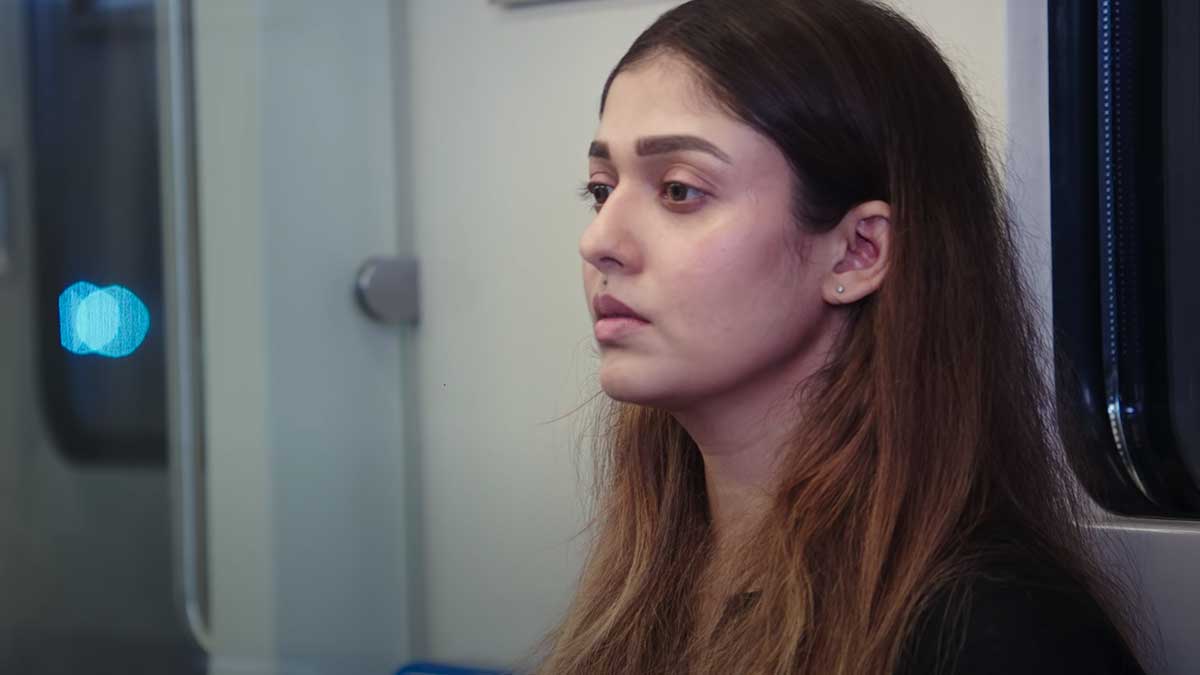 Named after Super Star Rajinikanth's blockbuster film Netrikann in 1981 by director K.Balachander, the Lady Superstar now owns the title in 2020. After the Mookuthi Amman release in Disney+ Hotstar, Nayanthara is all set to trigger the audience to release her next flick.

Nayanthara has announced on her Twitter page that the teaser of the movie 'Netrikann' will be released at 9.09 a.m as a visual treat for her birthday.

Directed by Milind Rau, the Netrikann movie teaser released a few hours back gained attention all over for its intriguing thriller story starring Lady Superstar Nayanthara as a blind woman. Bankrolled by Rowdy Pictures Vignesh Shivan, Netrikann story seems to be a serial killer thriller drama.

Nayanthara and Vignesh Shivan tie-up after Naanum Rowdy Thaan via the director's most important film of the career as he debuts as a producer under the banner of Rowdy pictures.

Director Milind Rau is well known for his horror drama 'Aval' starring Siddharth and Andreah Jeremiah in the lead role. Netrikann, under his directorial, will undoubtedly create an expectation among the fans due to the hike in teaser with a person killing young women specifically along with Nayanthara's splendid acting as usual.

Apart from Nayanthara, sources reveal Induja Ravichandran plays a vital role in Milind Rau's thriller flick. Despite all, whether Netrikann movie will release in theatres or OTT platforms is a big unknown factor due to Vignesh Shivan's debut film as a producer.