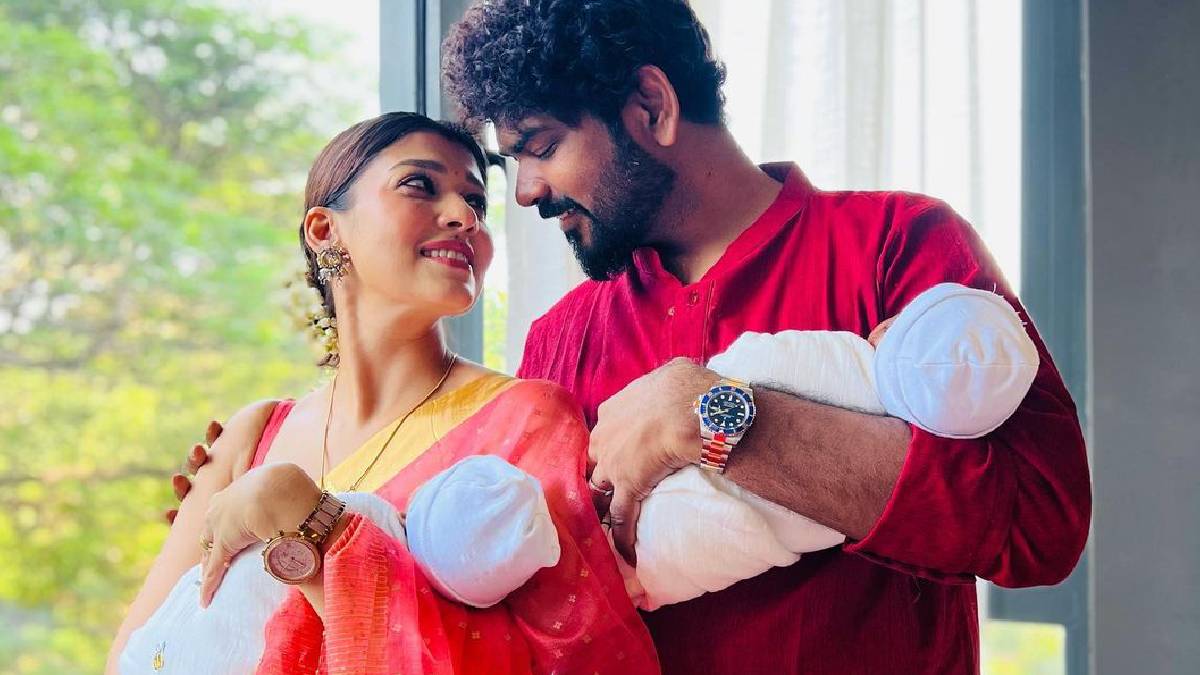 Actress Nayanthara married director Vignesh Shivan on June 9. After four months of marriage, on the 9th, the Nayantara and Vignesh Shivan couple said on Twitter that they had twin boys and posted pictures of them kissing the children's feet with their hands.

Everyone was confused, wondering how they had a baby within four months of marriage. Nayanthara and Vignesh Sivan couple got a baby through a surrogate. Controversies arose that surrogacy regulations were violated in this matter.

Following this, an investigation committee was formed on October 13 by the Director of Medical and Rural Welfare, and the investigation was conducted. Nayanthara and Vignesh Shivan had a baby through artificial insemination technology and surrogacy at a private hospital in Chennai.

After that, a direct inquiry was conducted with the doctors treated at the concerned private hospital and the doctors who treated the surrogate mother. A high-level committee inquiry has revealed that surrogacy was carried out following the guidelines for surrogacy in the case of Nayanthara and Vignesh Shivan's twins.

By this, it is clear that neither of them broke the rules. The details of the high-level panel report released yesterday evening are as follows.