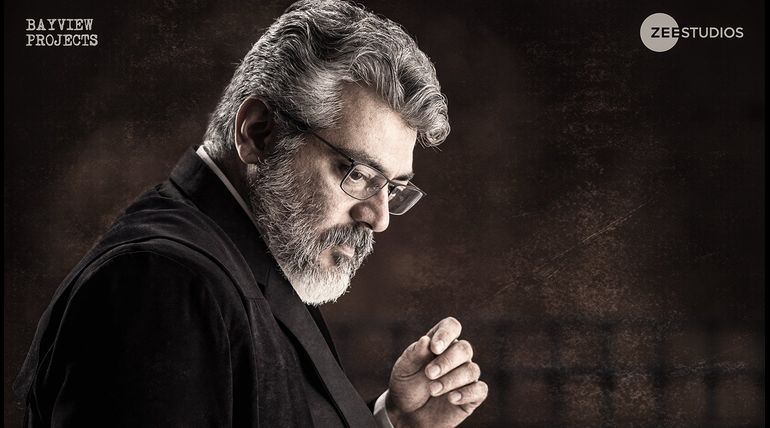 Ner Konda Paarvai is an official Tamil remake of the Bollywood film Pink starring Amithab Bachchan, Tapsee Pannu. Ajith Kumar is essaying the role of Big B in Tamil and Shraddha Srinath is reprising the role played by Tapsee. The trailer of the much-expected film is releasing evening at 6 pm on the YouTube channel of Zee Music Company. Bayview Projects along with Zee Studios made the announcement recently after a long wait.

Thala fans are all excited after the announcement of Ner Konda Paarvai trailer of their favorite star and are ready for big bang celebrations. Thala Ajith who saw a blockbuster outing with his Pongal film Viswasam has joined hands with young and promising maker H.Vinoth. The director has made two highly acclaimed films Saduranga Vettai and Theeran Adhigaram Ondru and has joined hands with a superstar actor like Thala in his third venture.

Boney Kapoor is producing the film and he has also signed back to back projects with Thala Ajith. In his recent interview, he revealed that a multilingual film based on car racing with Ajith Kumar is under talks. H.Vinoth is said to making that film too and the script works are already under working according to close sources. Now all eyes are on the Ner Konda Paarvai trailer and it is awaited to see how the much acclaimed social film Pink Remake has come out with the glimpse.