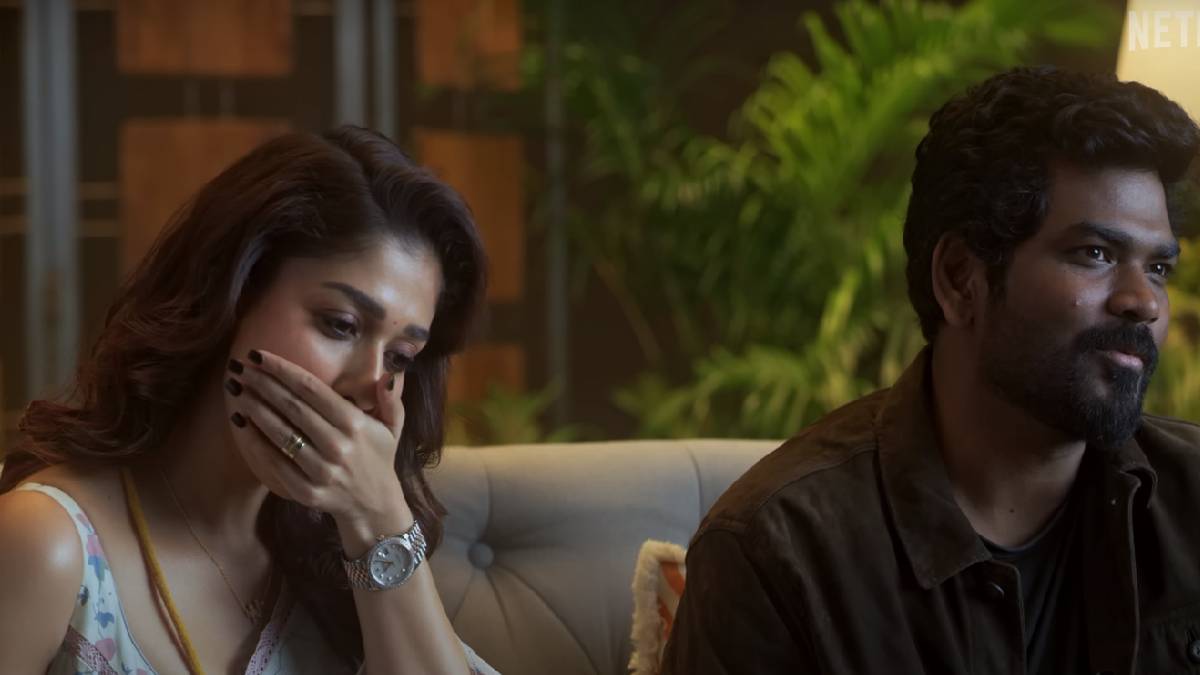 Nayanthara Beyond The Fairytale

Actress Nayanthara is a lady superstar in Tamil cinema. Having faced many hardships in his life, Se has faced personal criticism many times. But despite all that, Nayanthara is among the lead heroines in South India. She married director Vignesh Sivan on June 9 at Mamallapuram near Chennai.

The wedding took place with strict restrictions, and only celebrities who had invitations attended. No one was allowed to take pictures inside the wedding venue as popular OTT platform Netflix had acquired the broadcasting license of the wedding event. Similarly, journalists were not allowed.

Meanwhile, many people were expecting Nayanthara's marriage to be released on OTT. Still, even after about a month, the video was not released, so many people started having various doubts. It is said that there may be some grudges between Netflix and Nayanthara's side regarding the contract, and that could be the reason for the delay.

It was also rumoured that since Vignesh Shivan posted the marriage picture on social media, Netflix refuses to stream their Marriage video. When this rumour was at its peak, Netflix released the first teaser of  Nayanthara Beyond The Fairytale on their official page.

Meanwhile, Netflix has released a promo on Nayanthara and Vignesh Shivan's wedding on its Twitter page again. It includes arrangements for marriage. This video is going Viral on social media.