Netflix Paava Kadhaigal promotion is on fire; Trailer out now 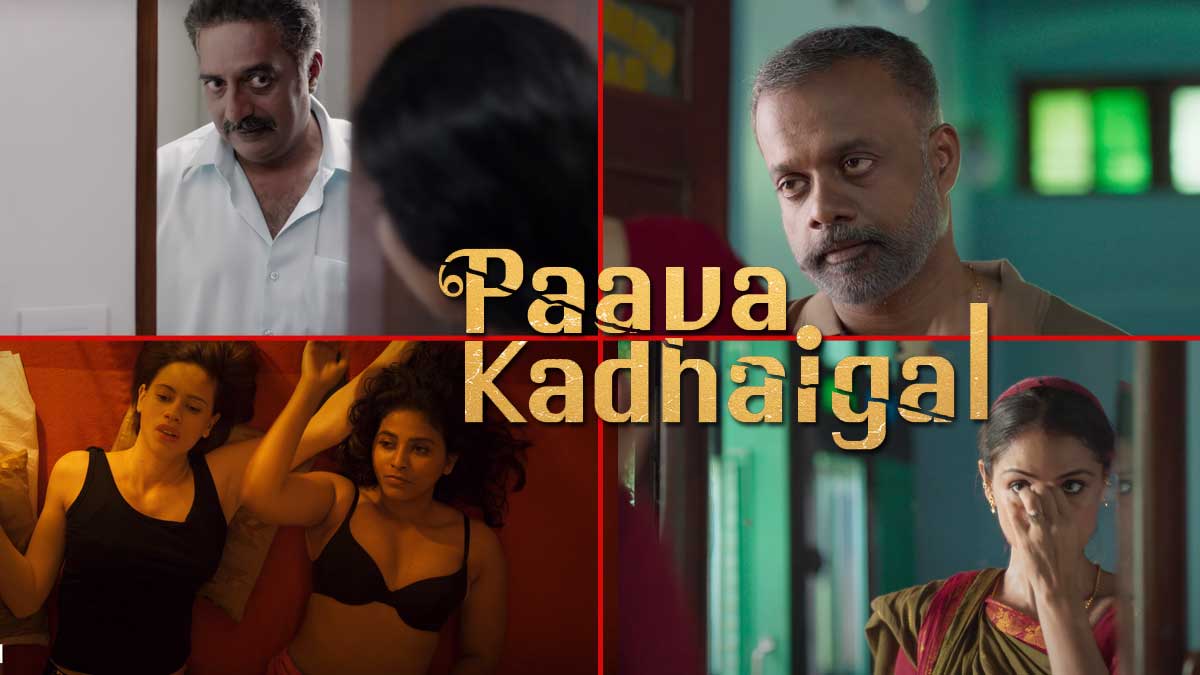 Vetrimaaran, Gautham Menon, Sudha Kongara, Vignesh Shivan. Following the increasing use of OTT sites in India, the habit of watching web series is on the rise. Over the past few months, fans have started flocking to OTT sites as theaters have been closed.

In that sense, an anthology flick called Paava Kadhaigal directed by Sudha Kongara, Vignesh Sivan, Vetrimaran and Gautham Menon, was produced by Netflix and all set to be released this December 18 as the Christmas and New year entertainment and celebration.

Many stars like Anjali, Simran, Gautham Menon, Prakashraj, Sai Pallavi, Shanthanu have starred in the epic directorial Paava Kadhaigal anthology drama. The Paava Kadhaigal trailer, which is very different and at the same time bloody, has now been released and trending all over the internet surface.

Director Vignesh Sivan is directing a part of the film, which stars actress Anjali and Kalki. Both the actresses experienced a new controversial lesbian character in the film. But we have to wait two more weeks to witness Anjali and Kalki's bold step in this anthological drama.

Despite launching the trailer, Netflix India is handling the promotion strategies intriguingly. Even though everybody knows that the flick speaks itself with its epic film-makers crew, Netflix is doing their part to increase the net gross.


Netflix Paava Kadhaigal promotion is on fire; Trailer out now