NGK Movie: Will Rakul Preet Singh get Her Big Break in Kollywood with NGK? 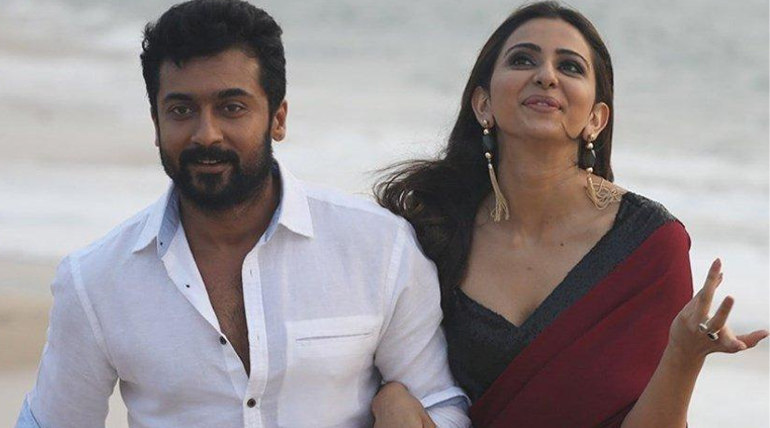 A Delhi University student and a model who has won the Miss Femina Beautiful Eyes, Smile in 2011 is a busy actor now. She is busy acting in four languages of Kannada, Telugu, Tamil, and Hindi. After her debut in 2011, she gained popularity only from 2014. She has an innocent face which expresses her emotions well to reach the audience. Also, she dances well, which is enjoyed by the audience, especially Telugu people. Now her movies pairing with Suriya directed by Selvaragavan is much awaited in Tamil Nadu and set to release on 31st May.

Rakul Preet's last Tamil movie: Theeran Adikaram one is the previous Tamil movie which Rakul Preet Singh acted in Tamil. It was a runaway hit with Karthi in the lead role and written and directed by H.Vinoth. The story, though, is entirely based on Karti, the leading role of Singh's life is what Karti will be in pursuit of the dacoit in northern India. Though Preet's part was not for the full-length movie, she did her part well and was appreciated by the audience.

Spyder and Dhruva: Acting in the lead role with the Prince of Telugu people is a rare feat for any actor. Rakul Preet's leading role in this AR Muragadoss was widely welcomed by the Telugu people both in Andhra and Telangana. The movie though, did not do as expected, was a hit with nearly 100 % return from the box office. Also, her previous movie Dhruva with the young actor and Chiranjeevi's son Ram Charan was a hit in Telugu.

NGK and Rakul Preet Singh: Though her previous three movies were in pair to police officers, it will be interesting to see how Selvaraghavan shows Rakul Preet Singh. Selvaragavan gives more importance to heroine roles in all his movies. Though NGK is a political action film, the way it will be shaped with Suryia and Rakul Preet by Selvaraghavan is expected by many Suryia fans and public. As usual, Yuvan has done his work for Selvaragavan well, and many songs are hit on the net. How the combination of Selvaragavan, political storyline, Rakul, Yuvan, and other team members perform, will be a summer surprise for Tamil audience worldwide.

Read More: A Look Back at Director Selvaraghavan Mastery Filmography

NGK Movie: Will Rakul Preet Singh get Her Big Break in Kollywood with NGK?