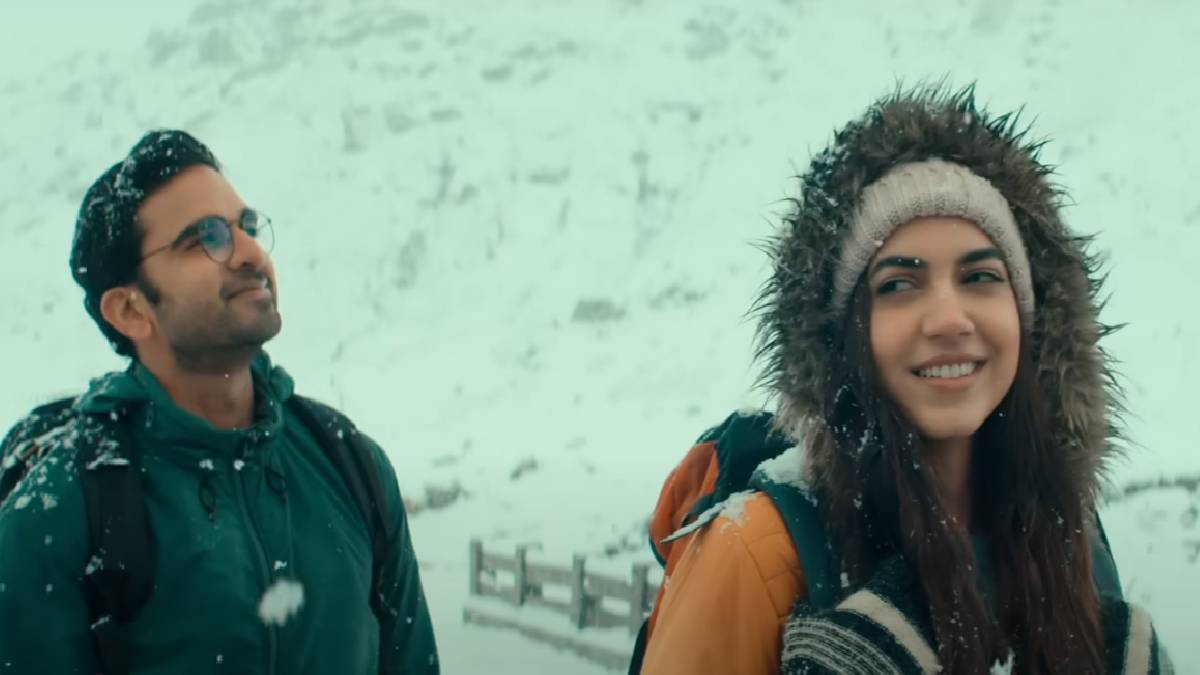 Director Ra Karthik has tried to give a 'feel good film Nitham Oru Vaanam. He has also thought in a new way as a story within a story. This movie is breezy and liked by many audiences.

Nitham Oru Vaanam movie is about Ashok Selvan working in an IT company. He has the character to be clean, have everything in order, and do everything properly. Such a person gets married, and the bride leaves early on the morning of the wedding, saying that she is going with her lover.

Abhirami, Ashok Selvan's doctor, gives him short stories he has written and asks him to read them. Ashok imagines himself as the protagonist of any storybook he reads from a young age. He imagines himself as the protagonist of two stories. One of them is Veera, an engineering college student. In the second story, Prabha's character speaks Kongu Tamil. He makes it clear that he will act even if given a comic role.

Unexpected suspense when it comes to knowing who Prabha is. Ashok Selvan has left his mark on all three types of characters, such as Arjun, who searches for educated people in the story. All the stories in the movies are intresting, and the heroines have also done a great job in the movies.

The opening scenes of the film move without knowing where the film is heading. The director takes us into the story only after some unnecessary scenes. Climax scenes are flexible. A film that makes you understand what the magic of mind ease is.