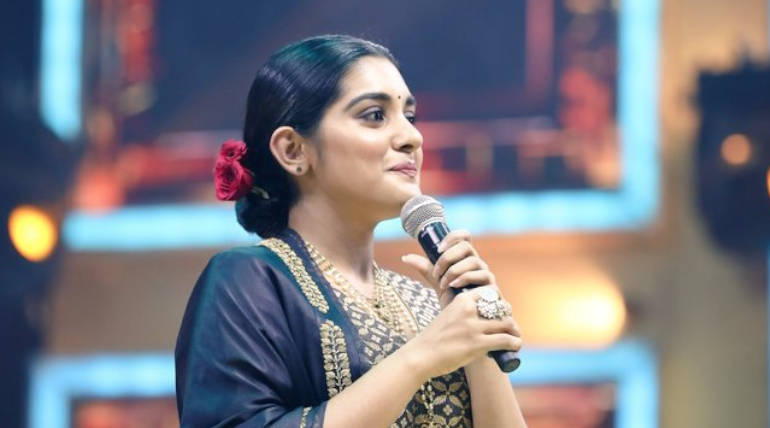 Nivetha Thomas About the Father-Daughter Chemistry with Rajinikanth

Father and daughter relationship not new to superstar, and Kabali is an exemplification that proves a step ahead in Darbar: Nivetha Thomas, the actress, known for her performance in Papanasam, is back to reprise the same role. She has exhibited her talent so well that people get the thought that she has been cut to act. Nivetha is extremely confident that her performance worked really good and waiting to hear the comments and feedback from her friends, family, and critics more importantly.

She plays the role of Valli, which was kept secret by the director Murugadoss; hence it has created much expectation among the public. After Papanasam, she was not seen in Tamil movies, much though there were opportunities replete in her kitty. She was choosy and did not hurry to grab the opportunities coming on her way. Out of the blue, she got an opportunity to act in a Telugu movie "Ninnukori," and it came out quite well.

The actress had a long term wish to do a mass film, and "Jai Lava Kusa" has fallen on her lap, which gathered fame to her. She managed to garner a mass audience with this movie in Andhra Pradesh. She shared some of the interesting facts that happened in the shooting spot. She was so excited to share some of her great moments with Rajini Kanth. " When I first met Rajini sir, I was able to relate him immediately with my father.

Almost 45 days, the shooting has gone and was carried away with the same feel. But the very time, I realized the shooting got over, I felt pain in the heart. I came back to senses and felt, I was associated with the superstar for the movie. Since I acted as his daughter, I was able to travel throughout, and I am proud of it."

When being asked about graduating to heroine roles, she responded, stating, " Yes, I agree and waiting for the good script. No matter who the hero is, I would be happy to accept the offer." She is an actor who is converse with Tamil although she hails from Kerala. She, in fact, dubs her lines in Tamil.

She even praised Rajinikanth stating, "I am surprised to see he still focuses on improvising himself on sets and even praises co-actors on their good performances. I learned a lot after working in the movie." She does have projects in the pipeline in Tamil and Telugu and hopes she gets better ones too after Darbar release.