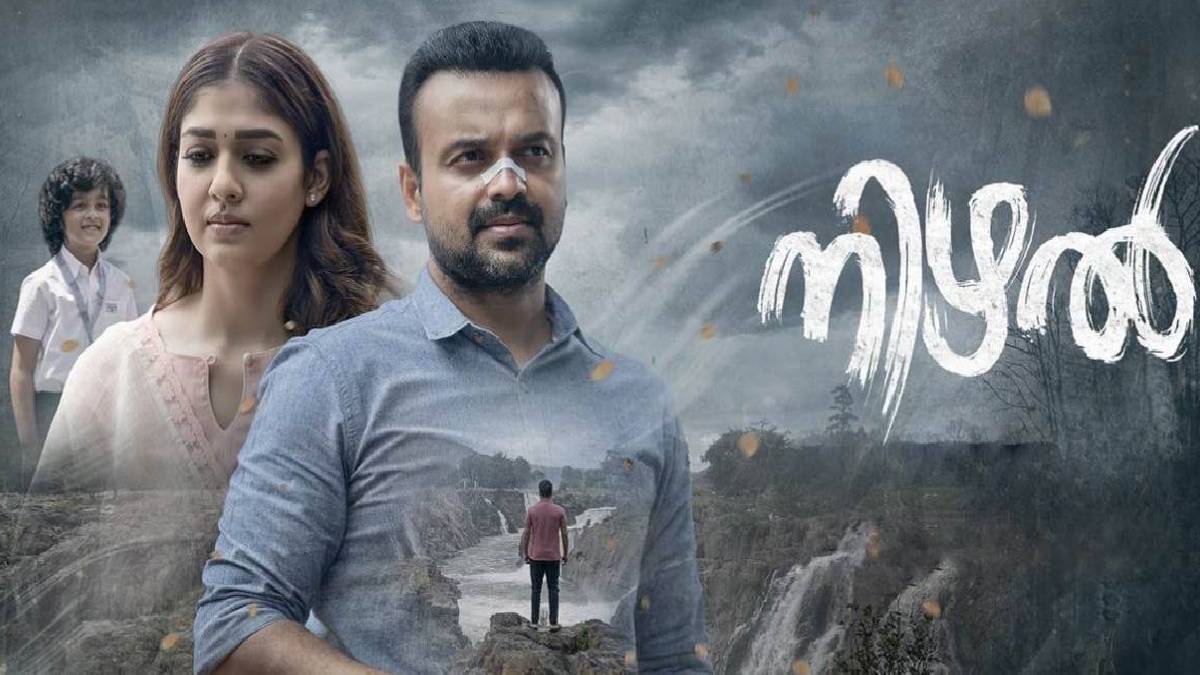 Nizhal, a Malayalam mystery thriller film starring Nayanthara and Kunchacko Boban, is streaming on Amazon Prime Video. The movie has received a wide range of reponse for its story and the lead roles' acting.

It s sure that the movie will be liked by the fans of mystery thrillers and psychological thrillers. The film has a significant impact on science fiction and thriller at the same time.

Nizhal (2021) takes the viewers along with the story with complete suspense and curiosity to know what will happen next. This movie has many positives with a minimal note of negatives. The first half of the film is comparatively better than the second part of the film.

The lead roles in the film are handled by Kunchacko Boban and Nayanthara and  Izin Hash, Rony David, Lal, Saiju Kurup, and Divya Prabha in supporting roles. Every actor has done justice to their role by outstanding acting.

The story begins with a bike crash incident where the hero John Baby is met with an accident. He is psychologically affected, and he has an illusion of rain in his mind. He feels as it is raining but wonders why isn't he getting wet.

John is a chief judiciary Magistrate who gives proper justice in the cases. He often gets disturbed by his illusion, so he spends time with his friend Dr. Shalini, a psychologist.

One day, Shalini discusses about a kid who narrates the stories about crime thrillers that happened 30 years. This triggered the curiosity of the hero, and he wished to meet the school kid.

Hero somehow meets this kid's mother, Sharmila (Nayanthara), a working woman and a single parent of the kid. Nayanthara, in a situation, comes forward to know what is happening in the life of her son.

The movie travels by investigating deep into the story narrated by the kid.  John goes to the place where the boy mentions the story and searches for any shreds of evidence in the pond. When John tries to get in-depth in the story, he finds out the stories that the eight-year-old kid told were real.

For his shock, they found a skull inside the pond that shook the hero and made them proceed further. The story of the little kid deepens, and the discussions shift to the kid's father, who is no more. After this incident, much suspense will be revealed, which will be a turning point in the film

Following this, the movie will spotlight heroin, and the film travels to Lal, who made his role in a brilliant way. The connection between Sharmila and Vishwanathan is the pointed part of the story.

When it comes to the positives of the film, characters must be said along with cinematography and music. The film has no adult content, so it can be enjoyed watching with family.

The negatives are witnessed only in the second phase of the film because the flashbacks will be narrated in dialogue s without visuals. There were minute trembles in the narration part conflicting between mystery or psychological thriller.