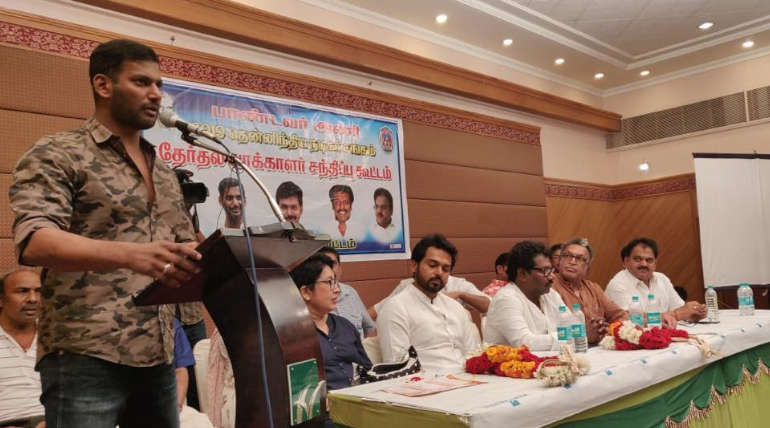 The South Chennai district Association registry office has ordered to stop the South Indian actor union election that is planned to be held on June 23rd.

This announcement has come after the Pandavar Ani alleged that they took efforts to cancel the upcoming Nadigar Sangam Election 2019.

The reason officially announced is that the membership of all actors (2017-2018) has to be investigated.