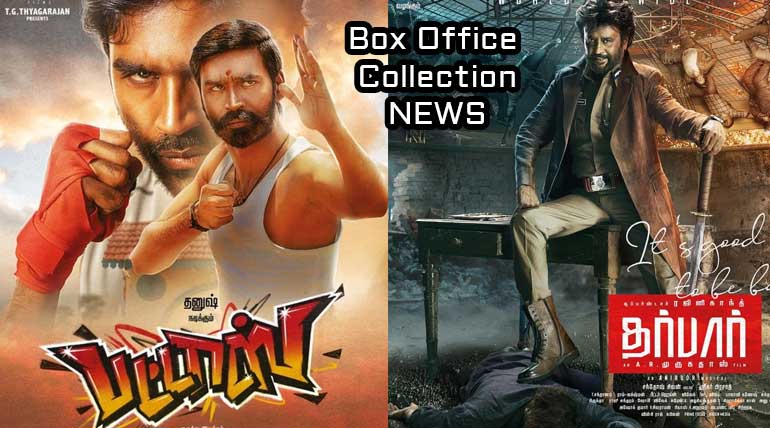 Darbar movie production company Lyca Productions officially announced Rs. 150 Crores collection worldwide in 1st week on 13th Jan 2020. Expectations seem to be Rs. 200+ crores in Pongal holidays and will be the first movie in the year 2020, which crossed Rs. 200 crores.

After Petta mega-hit by superstar Rajinikanth in 2019 Pongal, Now after a year gap, Darbar has become the next mega-hit movie in 2020 Pongal. Though haters spread negativity about the Darbar movie review, the audience realized the worth of the film and gave it top in box office collection.

Following Darbar movie, Pattas movie joined in Pongal race and released on 15th Jan 2020 Pongal holidays and received a moderate review from the audience. Asuran was recent super hit movie by Actor Dhanush and directed by Vetrimarran, but expectations on Pattas has given different view to the audience.

Pattas movie is mixed with Fun, Flashback, and Revenge Action with an easily predicted screenplay with an awareness of ancient Tamil martial art "Adimurai." Pattas has occupied Housefull shows on all screens from day 1 in Tamil Nadu major cities and production company not yet released box office collection report.