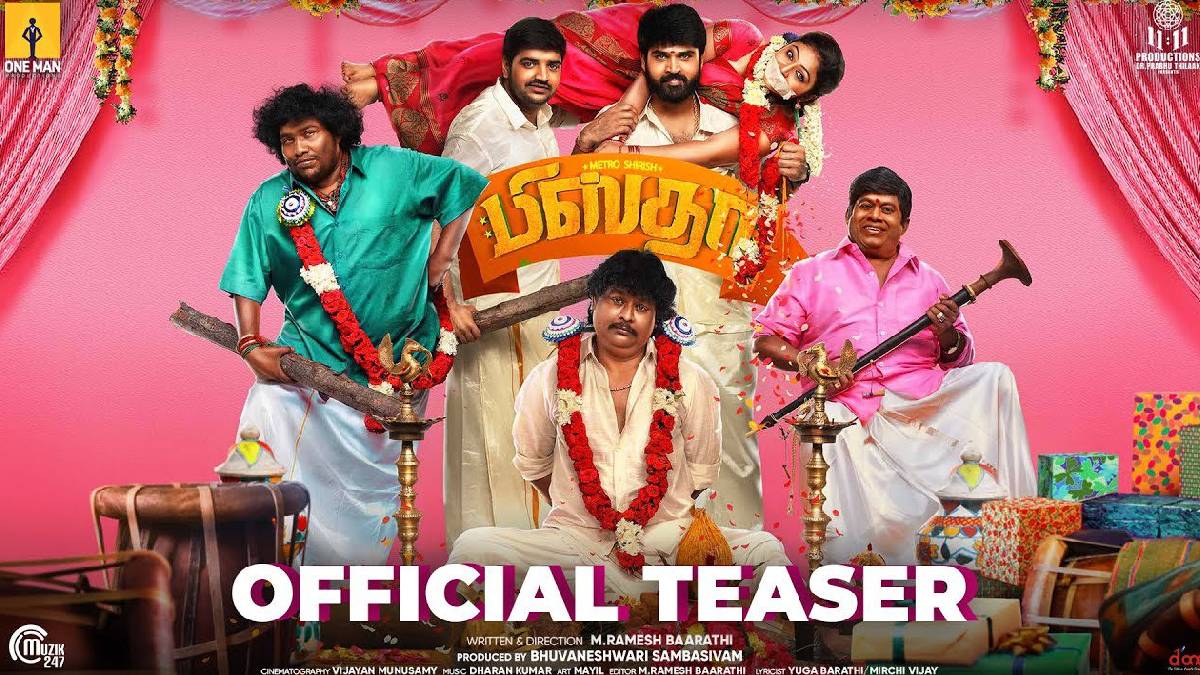 The upcoming Tamil film Pistha starring Shirish, Sathish and Yogibabu, and many others who starred in Metro is handling the lead characters in the movie. The film is a mixture of romance and comedy, where many top comedians have shared the screen space.

Bhuvaneshwari Sambasivan produces the film under the banners  One Man Productions & 11:11 Productions. The film is directed and written by Ramesh  Bharathi. Vijayan Munusamy handles the cinematography with the music of Dharan Kumar. The Art is taken by Mayil, with the editing work of M. Ramesh Bharathi. The lyricist of the film is Yuga Bharathi and Mirchi Vijay.

The teaser brings out laughter where the groom will be ready for his marriage, but none knows who the bride will be. The groom face will be seen in the wedding banner, but it will be written Coming soon on the bride's face. The teaser has come out well, and it builds a funny screen with its comedy script.

It is happy to see comedian Senthil in the film after a long break. Many comedians in the film, including Yogi Babu, who has given good humour in one of the Navarasa episodes, comedian Sathish, make the best pair with many top leading heroes, comedian Namo Narayana who always gives the best comedy from his side.

And the other female lead is Arundhati Nair, who is familiar with both the Tamil and Malayalam film industries. Arundhati starred in Ponge Ezhu Manohara (2014) and Virumandikum Sivanandikum (2016), Saithan(2016), and as a special appearnce in Kani Raasi (2020).

The co-producers of this film are Ramesh Sundaram, 8 Spads, Ashok Raj Veeta. And Muzik247 is the official music partner. As soon as the teaser is released, many celebrities wish for the Pistha movie team. Music composer Yuvan Shankar Raja wished the hero Metro Shirish in his tweet.

Extremely elated to bring you the teaser of #Pistha. Wishing my bro @actor_shirish good luck!