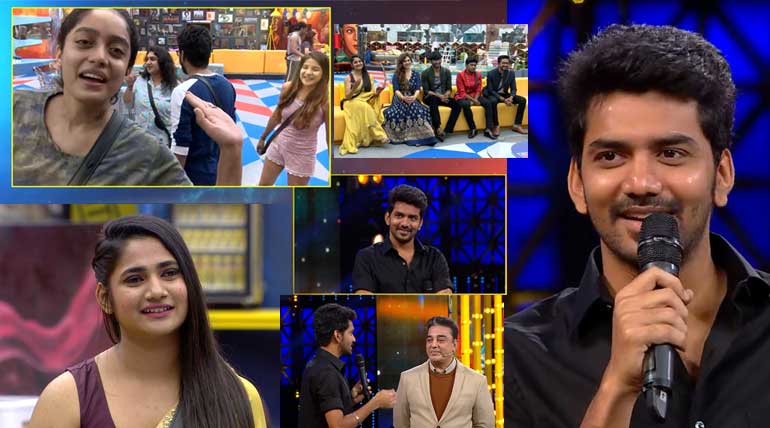 Kamal, with his brilliance, brought the best of Kavin, and also congratulated him for not nominating any of contestants in the Bigg boss 3 show for eviction with anger. Kamal's interruptions, expressions, and closeness to Kavin are rare feet to watch on TV.

It seemed from yesterday's show that even Kamal enjoyed being with Kavin and handing over the dummy cheque of Rs. 5 lakhs to him.

Yesterday's show was full of Kavin and also Sandy being saved: The 98th day was full of Kavin again in the Bigg boss 3 Tamil show. Even after his self eviction from the show, he gets the applause from the audience. But yesterday also being the crucial day for evicting one of the five contestants, it gained importance.

Sandy was saved and will be the only contestant in the last four from Tamil Nadu. Tharshan will be eliminated tomorrow to increase the TRP and put a lot of hardship to a lot of people. But again Bigg boss 3 Tamil show is a game, and only one can win it.

Next week we can see who the winner who can take the 50 lakhs home and could have Kavin again on stage.