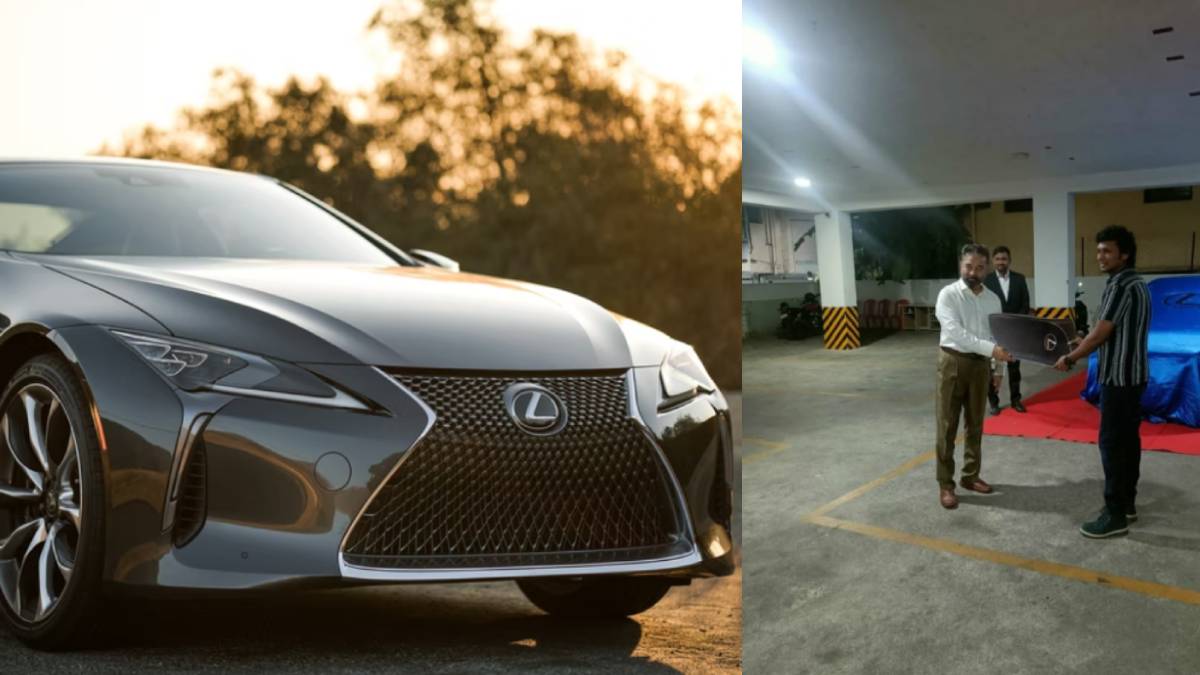 Following the success of Vikram, Kamal Haasan has gifted a Lexus car to Vikram movie director Lokesh Kanagaraj. And also he presents TVS Apache RTR 160 bikes to 13 assistant directors who worked on 'Vikram'.

Vikram has grossed Rs 175 crore in just four days of its release and has become the highest-grossing Tamil film released so far this year. It has overtaken many other movies of 2022. The response from the fans after the movie's release was beyond what the crew expected. Lokesh Kanagaraj has presented an amazing fanboy movie.

Kamal continues to celebrate Vikram's success with his handwritten letter and video. Actor Kamal Haasan today gifted a luxury car to director Lokesh Kanagaraj, who gave him such a success in his career.

No film has been released in the last four years. Prior to that, the films starring Kamal did not gain much credit and success. In this case, Kamal Haasan has gifted a Lexus luxury car to director Lokesh Kanagaraj who gave such a story.

Lexus luxury cars priced between Rs 60 lakh and Rs 2.33 crore are on sale in India. Lokesh Kanagaraj is overjoyed when Kamal presents a Lexus car as a gift. It is said that the Vikram Part 3 will begin once Lokesh Kanagaraj completes Thalapathy 67. Kamal Haasan, Fahadh Faasil, Vijay Sethupathi, Surya and Karthi are expected to star in Vikram Part 3.