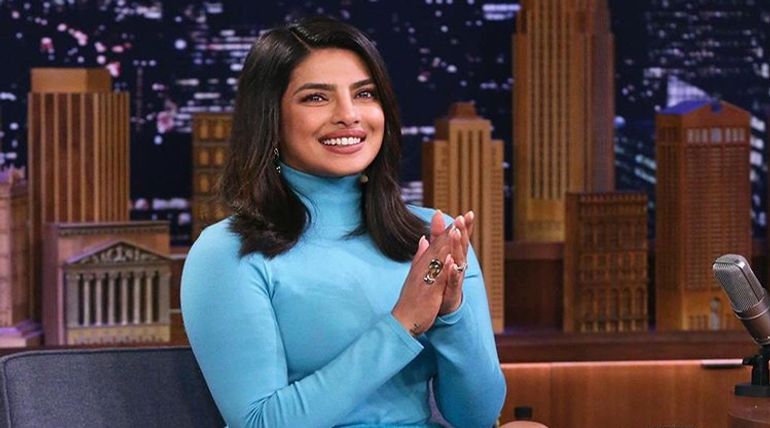 Priyanka Chopra, while starting shooting for her new film 'The White Tiger,' in Delhi, also highlights the city's pollution by wearing a mask. Netizens start trolling her for this Instagram post with that of her recent smoking picture. But the Instagram post only highlights the Delhi peoples' plight due to abnormal pollution levels.

Delhi people are going through the worst times, with the AQI peaking close to its maximum 500 limits. Priyanka Chopra, who has millions of followers, is charging 1.35 crores per sponsored Instagram post. She highlighted the suffering of the Delhi people by an Instagram post with a mask covering her face. She expressed her concern for the homeless Delhi people to suffer is this dangerous polluted atmosphere.

Priyanka Chopra, a few months back, was photographed in a yacht with Nick Jonas and his mother. Nothing wrong with the picture, but she was only smoking in it. At that time, social media was abuzz with her smoking and being an ambassador for a "clean world." Now it is the same reason that netizens are trolling her for; her mask and smoking pictures.

Also, they drag the issue of crackers being burst during her wedding celebrations. Even during the meeting with prime minister Modi, she was trolled for sitting with legs on legs before the prime minister. Now for a good cause post on Instagram is widely trolled.

After her wonderful performance in Sky is Pink, Priyanka has now started shooting The White Tiger in Delhi. The film is directed by Ramin Bahrani based on the Man Booker prize-winning novel of the same title in 2008 written by Aravind Adiga. Priyanka's Instagram post for the Delhi people is now getting free advertisement for The White tiger. When ministers tweet to eat carrots and listen to music, a post watched by millions from a famous star for a good cause is being trolled now.

Shoot days for #thewhitetiger. Itâ€™s so hard to shoot here right now that I canâ€™t even imagine what it must be like to live here under these conditions. We r blessed with air purifiers and masks. Pray for the homeless. Be safe everyone. #airpollution #delhipollutionðŸ˜· #weneedsolutions #righttobreathe