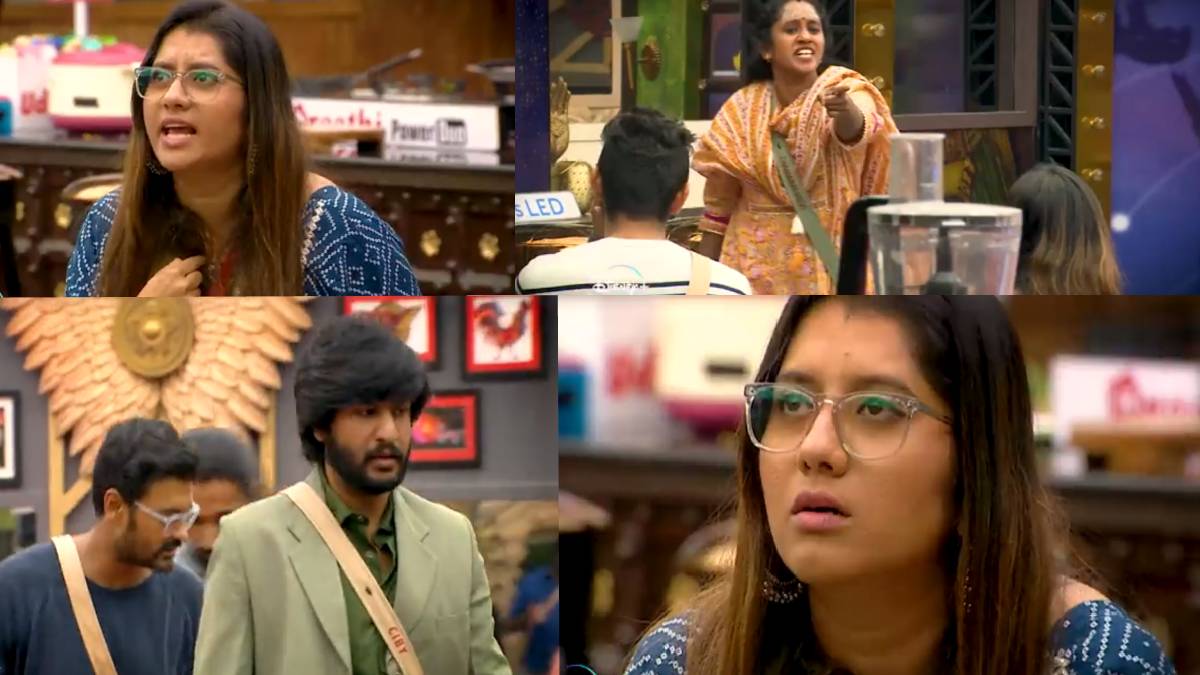 Bigg Boss Tamil 5
Many people know that the Bigg Boss show is the place where the total lease for fights and that is the main reason why do people watch Bigg Boss. It will be interesting when the fight comes in between love, emotion, friendship, comedy and fun. But in this Big Boss Tamil 5 season, the days are filling with only fights.

This week at the Bigg Boss house, the contestants are given the task of running a TV news channel. The competition is between the Red TV channel run by Abhishek, Priyanka and Ciby and the Blue TV run by Raju and Iman.

Conflict is exploding in today's task between Ciby, Priyanka and Abhishek. Ciby is so tense to ask Priyanka as she questions Ciby in connection with Varun and Thamarai. Abhishek announces that he will take a break, but Ciby says that he can't leave like that all the time. He tears up the paper and throws it away.

Sanjeev, the Judge of the task, shouts when Priyanka Deshpande, Varun, Ciby and Abhishek are fighting. This scene was projected in the first promo. And in the second promo that is released today, the clash broke between Priyanka and Thamarai. Priyanka argues with Ciby after the task in between that Priyanka pulls Thamari indirectly.

This explodes the fight between Priyanka and Thamarai. And then Priyanka says to Thamarai that her real face is coming out. This adds fuel to the fight. After watching both the promos, the fans are now waiting for the third promo to figure out the exact content.