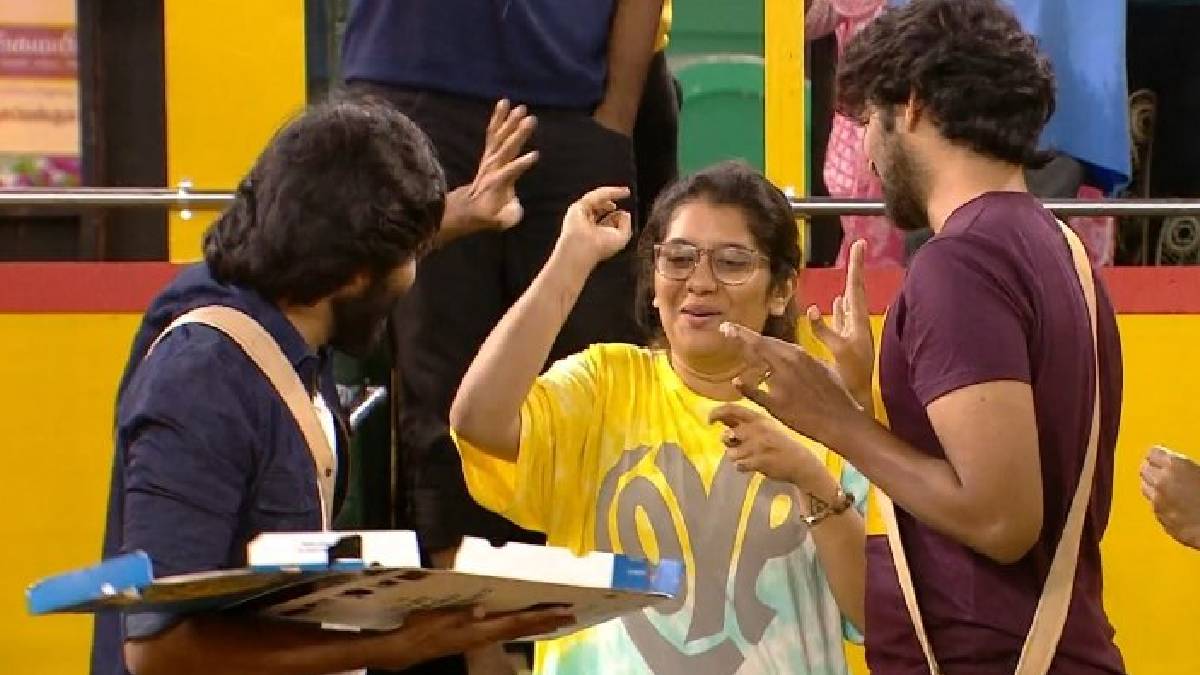 And the nomination process for this week is in process with many obstacles to the contestants. The bus task is given to protect the contestants themselves from the nomination. The Big Boss announcement states that once the buzzer is hit, everyone must get on the bus and then there will be several interruptions for the competitors.

Then when the horn blows, Big Boss tells the contestants to get off, and then there is a voting argument between Raju and Tamarai Selvi. Raju, Sanjay, Abhinay, Akshara and others got off the bus when the stinky water was showered, but Priyanka controlled the smell and stood inside the bus halfway.

Pizza was sent to the housemates who got off the bus and was ordered to eat the Pizza in front of the contestants inside the bus. Following the housemates who got of from the bus ate the Pizza in front of Priyanka. Priyanka then asked whether there is veg pizza. When they said yes, she got off the bus and started eating the Pizza. Finally, there was Amir and Niroop inside the bus. Niroop succeeds in this task.

Thus Niroop will be saved from this week's Elimination. Priyanka's Pizza scene is going viral on social media among the Bigg Boss Tamil fans. Akshara has been trolled after the release of today's first promo. Raju fans are very excited to know how he will react in today's episode. The promo edit has come out well with the response of Raju to Akshara.