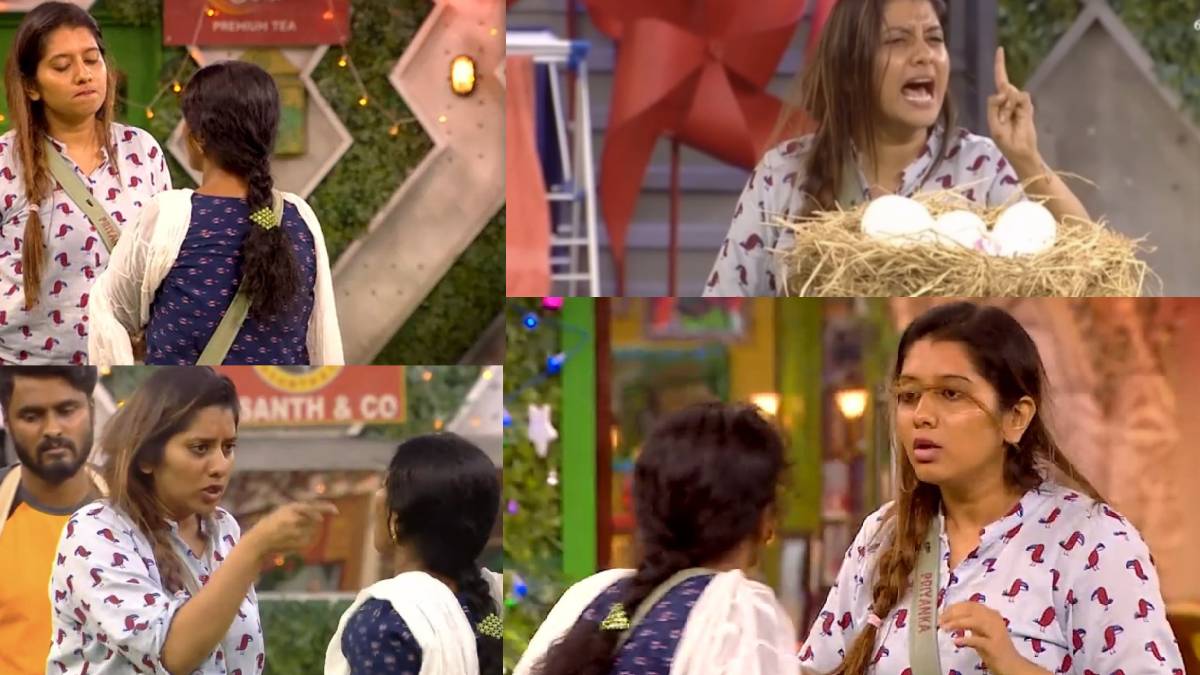 As the days are nearing the final episodes of Bigg Boss Tamil 5, the task is getting complicated, and the competition among the housemates are getting high. The Finale ticket task is making the show more interesting as it brings curiosity to know who will hold the ticket.

After watching yesterday's episode, the viewers are in confusion about who was wrong, Thamarai or Priyanka? Who should be given a red card and who should have the support of the people has been the most extensive debate going on on social media since yesterday.

Niroop was eliminated on the first day of the match to win the Ticket to Finale. Following this, the remaining seven contestants were given the egg task. The competitors of this task are Priyanka, Raju, Thamarai, Sanjeev, Amir, Ciby and Pavni. Each competitor must protect the egg they have from being broken by anyone. At the same time, the contestants should break the eggs of others.

Tamarai, who saw Priyanka playing with Sanjeev and Aamir, argued with Priyanka. Thamarai argued heavily with Priyanka, asking whether she was a woman. Later this argument became a physical fight, and to shock, Bigg Boss didn't try to stop them.

No one else tried to stop or pacify their fight. But the biggest debate between Priyanka and Tamarai is going on on social media. Priyanka's supporters say that Thamarai is acting, and now her true colour has come out. Her bad face has been exposed. She was wrong to push Priyanka.

At the same time, Thamarai's supporters say it was Priyanka who pushed Tamarai's first. The Thamarai was pushed once. But Priyanka kept pushing several times and shouted Bigg Boss, Bigg Boss as if Tamarai did the wrong thing. Both Priyanka and Thamarai Selvi fans are making hashtags #priyanka and #thamarai trend on Twitter.