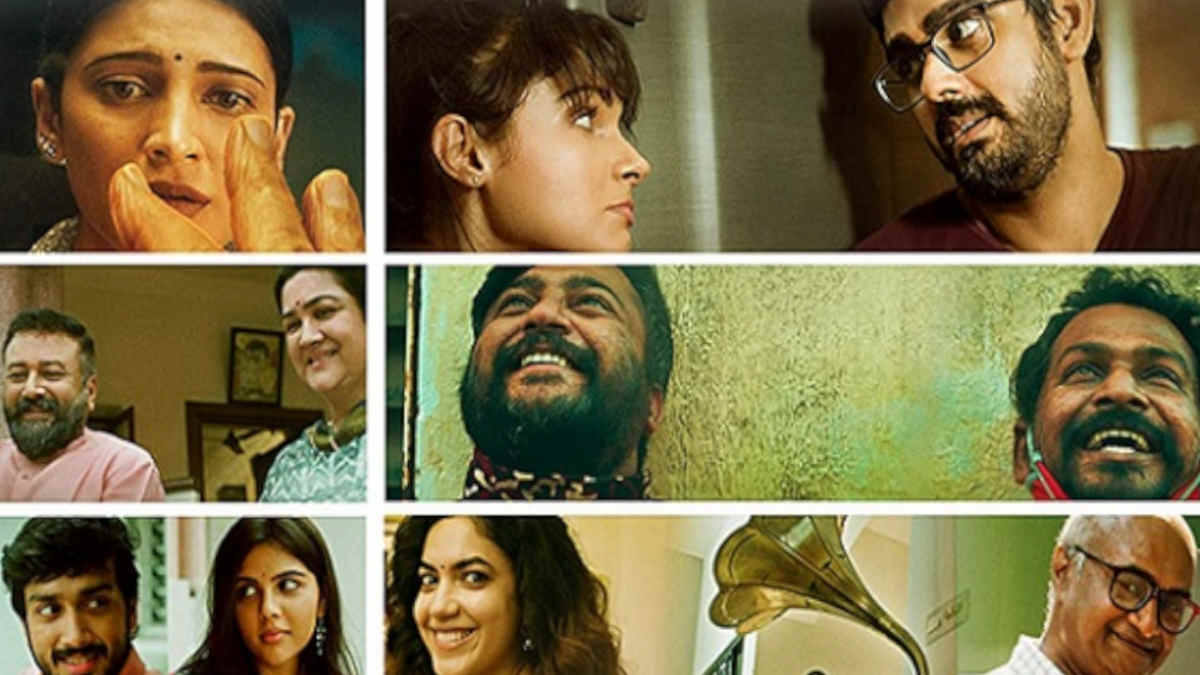 The anthology is not a big hit journal in the Tamil cinema industry. However, after the Sillu Karupatti anthological release, CoVid brought us Putham Pudhu Kaalai with the directorial excellence of 5 epic directors.

On a note, the short movies pose no excellence from the history made directors, but undoubtedly gain a feel-good experience and review from the home-bound audiences.

Sudha Kongara's Ilamai Itho Itho story revolves around the love, fights, and cuteness of two old people who lost their wife and husband. As adults Jayaram and Urvashi are robbed of their actions while Kalidas and Kalyani Priyadarshan's romance is a blast who comes in their teenage looks.

Suhasini's Coffee Any One? In the story, the husband lovingly tries to cure his wife, who has gone into a coma stage. Daughters from abroad are told to go to the hospital. Beyond that, the story is about whether he saved his wife by his affection or not.

Rajeev Menon's Reunion is a film that tells the story of a friendship between a schoolmate, Andrea, and a troublemaker. There is no pressure on the story to make every shot look modern and bright.

Karthik Subburaj is in style as usual. Bobby Simha, who goes on a rampage, tells the story with a bit of teasing and twist as to whether there was a miracle in Muthukumar's life. Bobby and Muthukumar complete their character with performance in Putham Pudhu Kaalai anthology drama.