Putham Pudhu Kaalai an Anthology Flick- A Piece of New Hope in OTT after many Disappointments. 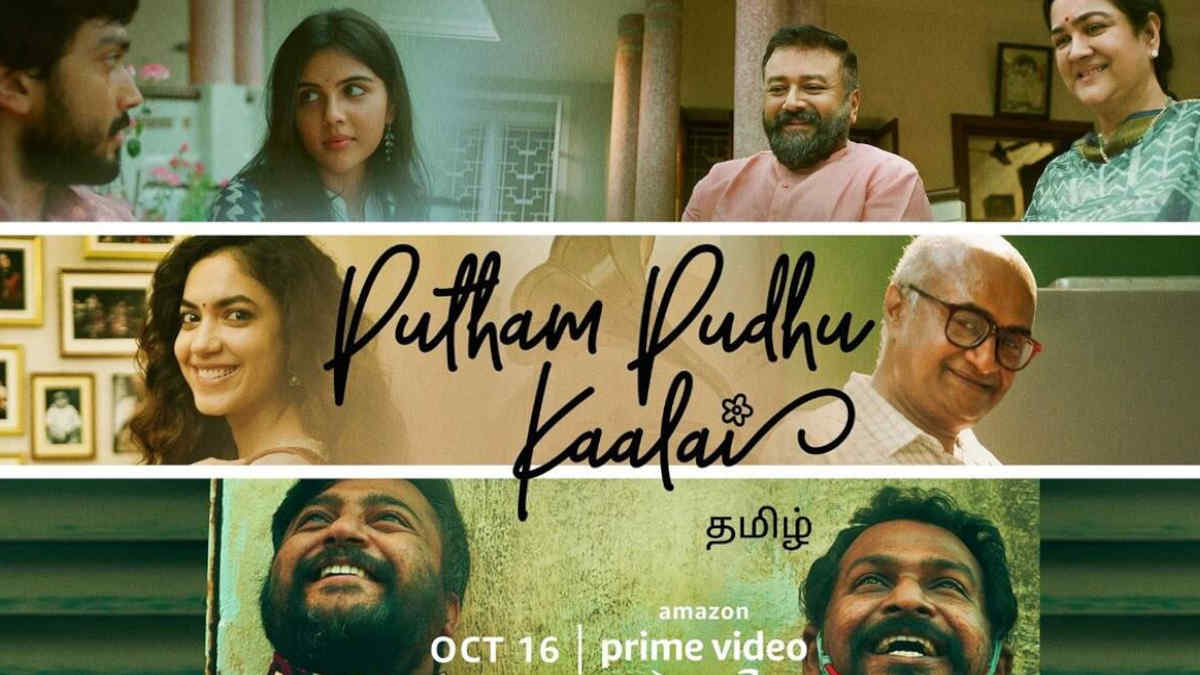 Produced under the intriguing banners of Kollywood like Madras Talkies, Stone Bench, Meenakshi Cinemas, Rajiv Menon Productions, and Lion Tooth studios, the Putham Pudhu Kaalai team, which is all set to release the Amazon Original movie on October 16, has indulged in the post-production work full-fledgedly by releasing back to back trailer and jukebox.

The celebration for this OTT releasing movie is hiking day by day due to the work of 5 epic directors such as Sudha Kongara, Gautham Vasudev Menon, Suhasini Mani Ratnam, Rajiv Menon, and Karthik Subbaraj. All stylish filmmakers who had already made their names big in the industry wrapped up their blasting talent together via Putham Pudhu Kaalai anthological flick.

Putham Pudhu Kaalai trailer was released a few days back under Amazon Prime Video. The streaming partner captured high views due to the thrilling combination of the story written by a large number of writers, including the direction team.

G.V. Prakash Kumar's music and the directors' screenplay of Putham Pudhu Kaalai will definitely be a soothing entertainer this October since the previous OTT released movies have failed to reach the audience mark.