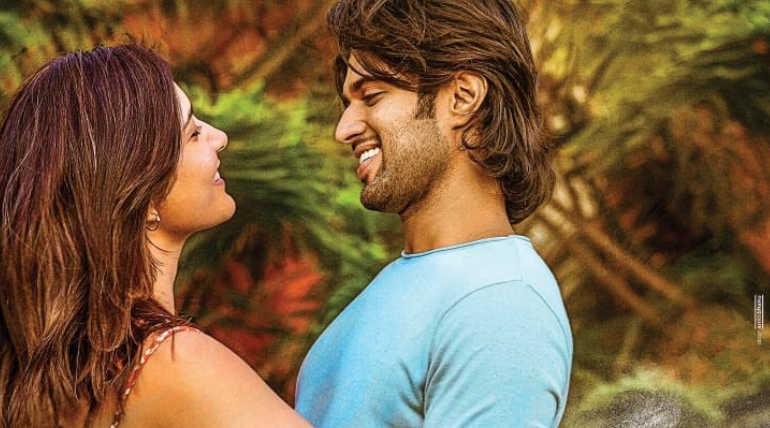 Vijay Devarakonda's World famous lover buzz with its heroines' posters: The world-famous lover is an upcoming valentine film written and directed by Kranthi Madhav. The stylish and garish actor Vijay Devarakonda steals the cinema world of both audiences and celebrities right from his Arjun Reddy plunder.

Succeeding many blockbusters and ruling the Indian cinema from Bollywood to all South Indian cinema-woods of all languages, the freakish Dear comrade begins his next flick moves titled as World famous lover.

The title proves it all about love and romance is not a big deal for our Arjun Reddy to slay on screen. Being produced by K.A.Vallabha under the banner of Creative commercials, World famous lover casts Raashi Khanna, Aishwarya Rajesh, Catherine Teresa, and Izabelle Leite as the lead lovers of style king Vijay Devarakonda.

Amidst the wrap up of the team for Valentine's day romance on silver screens coming February 14, 2020, the lead lover hero Vijay Devarakonda touts himself with posters as usual in his bizarre style.

Welcoming all to the World Famous Lover with the tweet as 4 Days,4 Lovers,4 Posters as usual intriguingly in his bizarre vogue on December 11.

Depicting the tweet, Vijay Devarakonda introduced his characters in World famous lover movie by revealing the posters of 4 roles with looks romancing four heroines at different times in various parts of the world.

Starting from December 12, a real-famous hero prefaced character looks setting a limit as one for a day till December 15, and now all the four posters buzz the world with its lovers on the internet.

On loving four people in one frame, Vijay Devarakonda revealed his Seenaya-Suvarna character as the first look on 12th starring Aishwarya Rajesh alongside, and sources reveal that Suvarna is the wife of Seenaya with a son, but the official confirmation on the storyline is yet to be revealed by the team.

On December 13, Comrade Vijay created a stylish viral photo of the next love look in World famous lover with the poster of Gautham romancing Iza in Paris. The team cast Izabelle Leite for the French locks.

Despite all the loves and lovers' looks, the die-hards Devarakonda cannot wait to witness the World Famous Lover on the silver screens for this valentine's day.