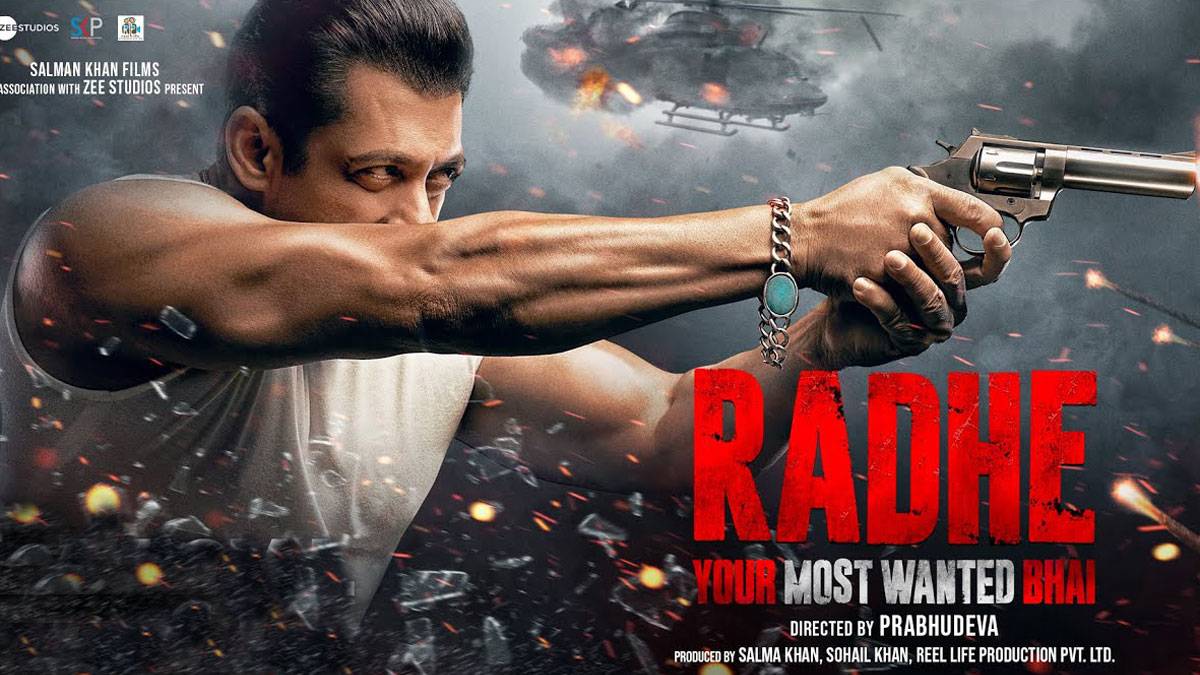 Radhe Hindi Movie starring Salman Khan and Disha Patani did not reach the fans' expectations while it did not hit the hitbox of Salman Khan's films. The movie has received a significantly lower rating in IMDb as well.

After the release of the Radhe trailers, the fans jumped out of expectations and excitement, but the output was unsatisfactory. The reviews were just the opposites of what has been expected. The entire cast didn't hold the audience's expectations.

Salman Khan has given his best in actions and dance, but when it points to love with Disha Patani, there seem some chemistry disturbances. Salman Khan has done tremendous hard work in maintaining his physical appearance, which made him look so young.

The movie begins with a crime that has been happening in Mumbai city where the students and the youngsters are getting addicted to drugs and commits suicide. Even the police officers who are forwarding to catch hold of the drug mafias have been killed by injecting drugs.

There circles a mystery in Mumbai witnessing the increasing drug dealers,  Drug Mafias, Drug addicts, and suicides. The police officers failed to lock the mafias. So the higher officials of the police department appoint a police officer who has encountered many and has been suspended many times in his ten years of duty.

And that Police officer is none other than our hero Salman Khan. He takes up his duty and promises to clean the city with no drugs. The story is all about whether he cleaned the city or not.

Salman Khan wraps the film with action, dance, love, and romances he centers the film. He is the only person who shoulders the film till the end. The other characters are not given much importance, and that is the main drawback of the film.

Actress Disha Patani acted in the name of Diya, who is the sister of Salman Khan's boss. Disha is screened so glamourous in the film with stunning outlooks. Her moves nail the dance, but she is not given much importance in the movie.

Other than Salman, no other characters nor roles are taken much into consideration. The action sequences are over-exploded, which made few scenes look awkward. The movie is a bit laggy and seems to be over-added.

This movie is adapted from the film The Outlaws, which had a decent rating for its action sequences, but Radhe failed to reach the ratings. Radhe movie is screened with slow-motion scenes and action which is projected before five years itself.

Many leading stars like Jackie Shroff, Bharath, Megha Akash, Pulkit Samrat have shared the movie spaces, but they were not used accordingly for their worth. VFX failed to attract the audience because of its poor ranking clarity.

Radhe (2021) is directed by Prabhu Deva, produced by Salman Khan, Sohail Khan, Atul Agnihotri, and Zee Studios. The film was released on 13 May 2021, coinciding with Ramzan on Zee Plex and digitally through ZEE5 in India, with a theatrical release overseas.