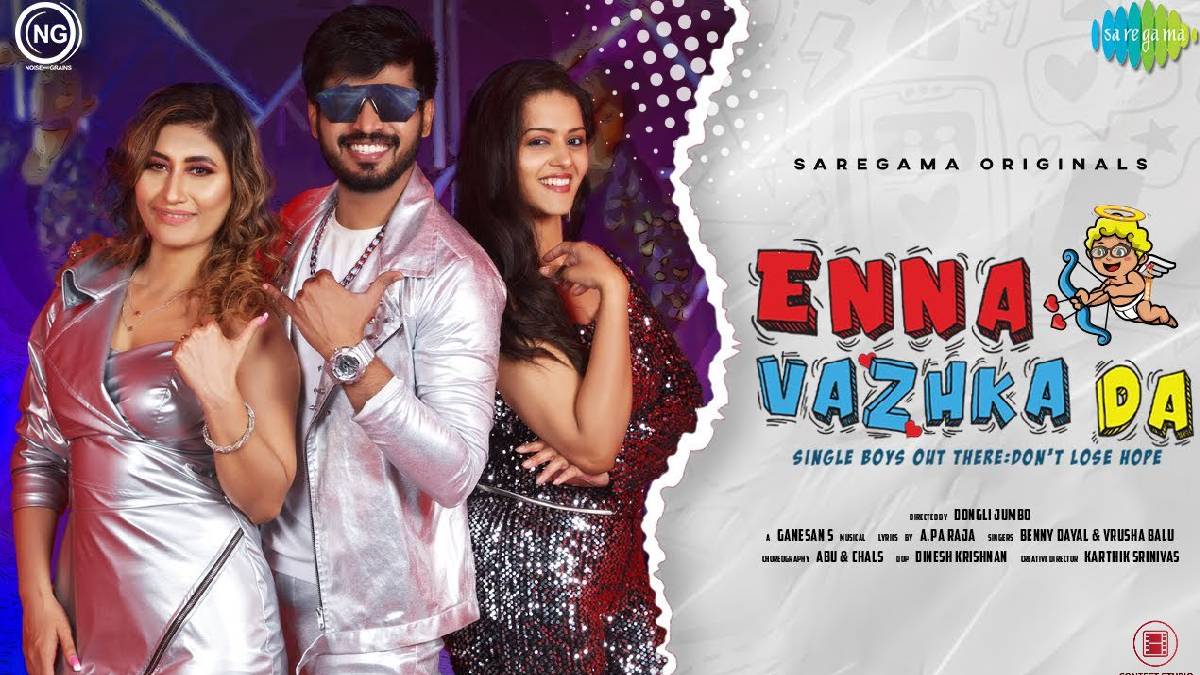 Enna Vazhka Da video songs brought out the dancing mode of Rakshan.  The video is beautifully come out with Sunita's dance and Swathishtas cute expressions. G.P Muthu famous and trending Youtuber, is projected as the father of Rakshan. His dance gives a good vibe to the song.

The choreography of this song is impressive, with super cool dance moves. The dance will also be stunning when  Abu and Chals have choreographed it. The setting of the video song and the costumes are perfectly matched throughout the video. The hard work and the teamwork of the crew are clearly seen in the video song.

The trio of V J Rakshan, Sunita Gogoi and Swathishta is so good to watch. This song is trending on youtube with likes and shares. In recent days celebrities are popping up in album songs with good music that attracts the youngsters.

Rakshan gathered solid fans in his debut Tamil film Kannum Kannum Kollaiyadithaal. His role as a good friend of Dulquer Salmaan conveyed the meaning of true friendship. His comedies also worked well throughout the film. This song will bring him to the level he expects to be.

Dongli Jumbo directed the song 'Enna Vazhka Da' music video who earlier directed the viral hit music video, 'Asku Maaro', which went viral. The song is composed by  Ganesan S and sung by Benny Dayal and Vrusha Balu under the lyrics of A Pa Raja.