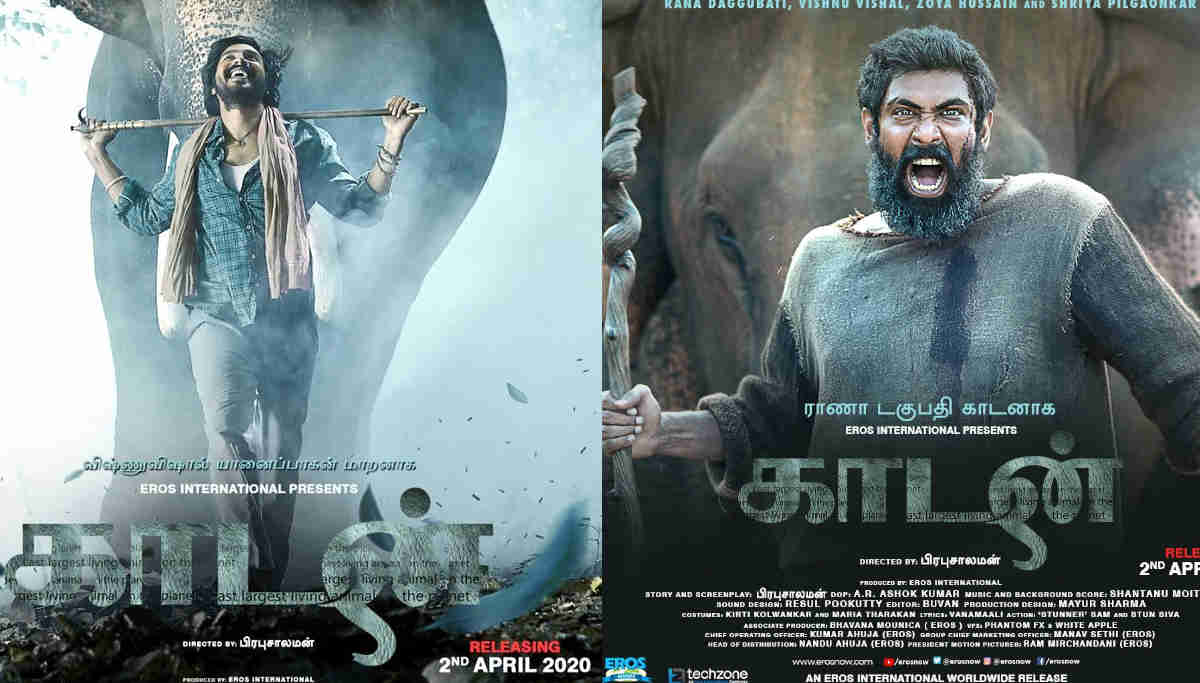 Though it seems like a story chewed more like chewing gum, the Kaadan teaser seems to be creating an intriguing mindset. Director Prabhu Solomon is known for his "save nature" centric films. In the same way, his upcoming movie is named Kaadan, which is this April.

Kaadan is a trilingual movie. In Tamil, it is named Kaadan, and in Telugu, it is named as Aranya. Vishnu Vishal is doing the lead with Rana in Tamil and Telugu while he was swapped with Pulkit Samrat in the Hindi version.

The teaser is over one minute and shows some extraordinary choreography and spectacular beauty of nature and forest. The film is about protecting the nature and the animals from some intentional deforestations of anti-nature elements.