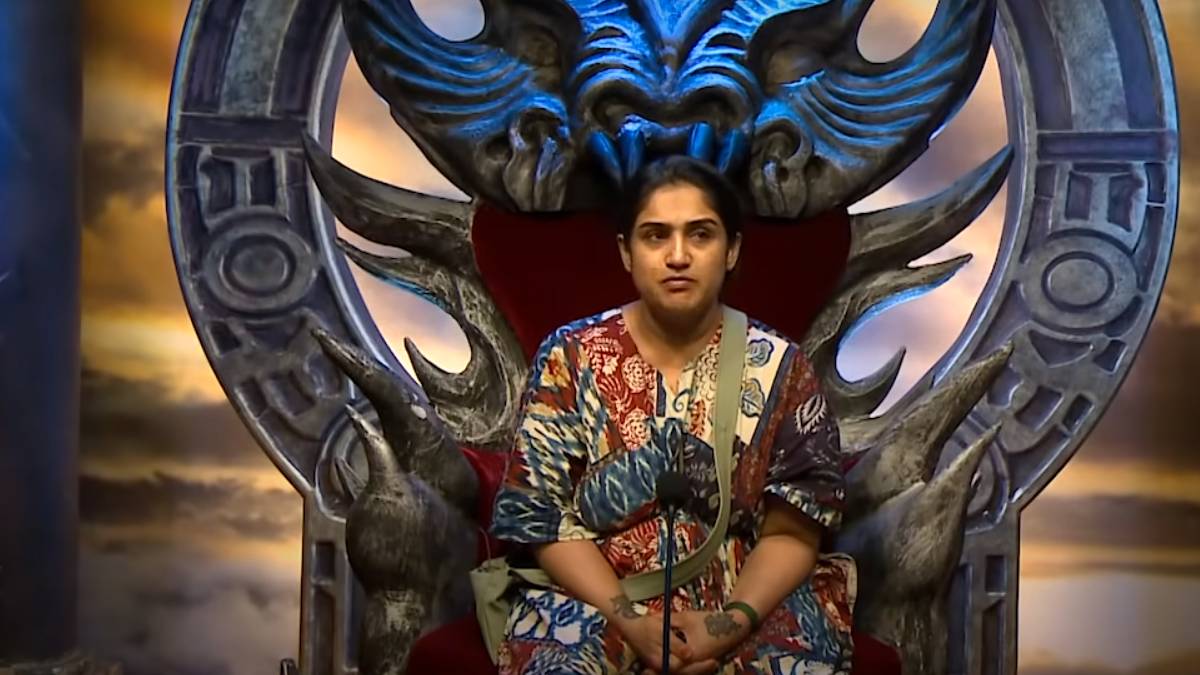 Vanitha walked out of Bigg Boss Ultimate in today's episode. The promo relating this is going viral among the Bigg Boss Ultimate viewers. It has now come to a question on whether the show will be interesting after this. The fans are in a confused state of not knowing the exact reason why did she quits.

Vanitha is one of the strongest players in Bigg Boss Ultimate. Even Bigg Boss Season 3 gave an entry twice for her performance. She was very confident that she would be the title winner of Bigg Boss Ultimate at the show's beginning. Although her voice is loud, she has some soft corners for the housemates. She gathered more hatred in the recent Bigg Boss Ultimate show.

Vanitha valid only her points and ignores the others. She often interrupts others' ideas and suggestions. Vanitha will open up what she feels without hesitation. Her behaviour with Balaji Murugadoss created a big scene among the Balaji fans. She often quits the game when it is not according to her convenience.

When the coffee issue was going, the housemates wanted Vanitha to leave. Even when she is not the captain, she tries to order the housemates what she needs to do. Her words were rough and hard for the other contestants. When Vanitha shouted at Julie, many fans favoured Julie, condemning Vanitha Vijaya Kumar.

But Vanitha, who had been fighting for the first two weeks, lamented to Bigg Boss in the third week and burst into tears. She had mess continuously with Bala and Thamarai. Following this, she is now not on good terms with Niroop and other housemates. At a certain point, Vanitha burst into tears. This made her go physically and emotionally weak and became the reason for Vanitha Vijayakumar to quit the Bigg Boss Ultimate show.