Rolling Stone Released The Article Featuring Arivu And His Achievement 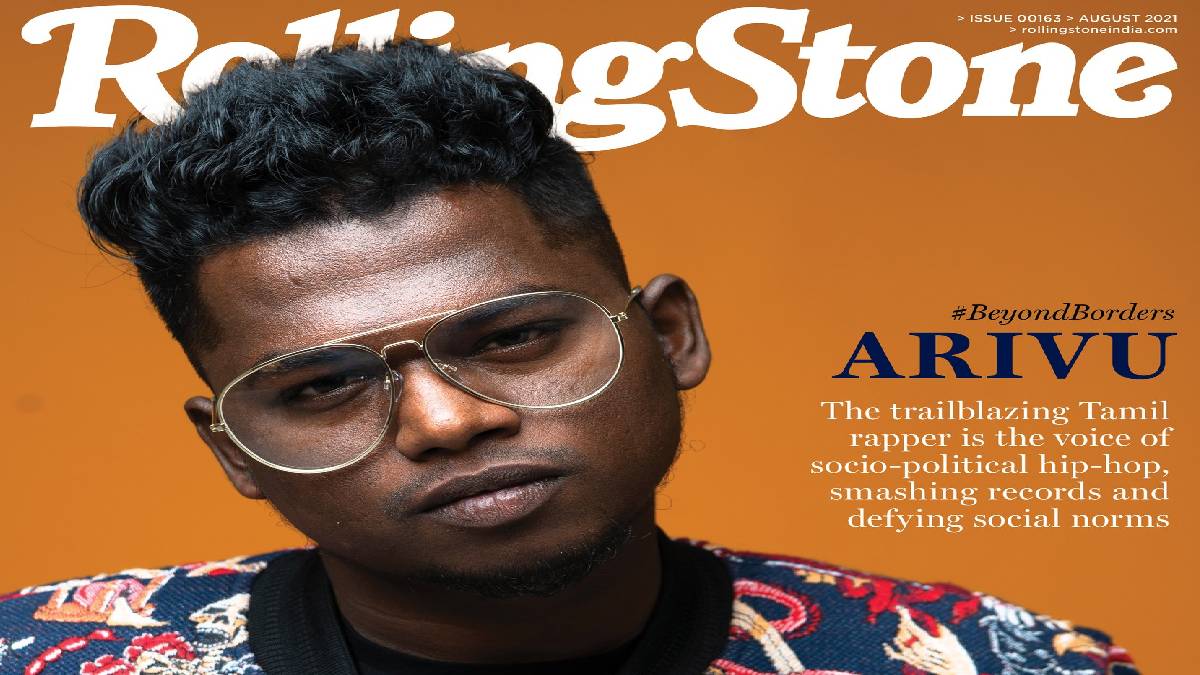 Rolling Stone, one of the international music magazines, caused a huge controversy when only the photos of singer Dhee and Shan Vincent de Paul were released on the cover of the August Indian edition of Rolling Stone, praising the album song 'Enjoy Enjaami'' and the song 'Nee Oli' song from Neeye Oli song from sarpatta Parambarai.

But the songwriter of these two songs was the Rapper Arivu, who gained his fame in the song Enchai Enjamisinging parallel to Dhee. He was not considered in the cover image in the rolling stone magazine. Arivu was not exposed by the song 'Enjoy Enjaami' as Dhee did, but his voice was still well reached.

Arivu is a fantastic rapper, lyricist and playback singer who is well known by Tamil fans. He sings in different genres like Oppari (Lamenting),  Gaana, Hip hop, and Folk music. He is best known for the song "Vaathi Raid" from Master (2021) and for his single song "Enjoy Enjaami" ft. Dhee gathered worldwide attention with a massive hit.

@TherukuralArivu, the lyricist of #Neeyaoli and singer as well as lyricist of #enjoyenjami has once again been invisiblised. @RollingStoneIN and @joinmaajja is it so difficult to understand that the lyrics of both songs challenges this erasure of public acknowledgement? https://t.co/jqLjfS9nwY