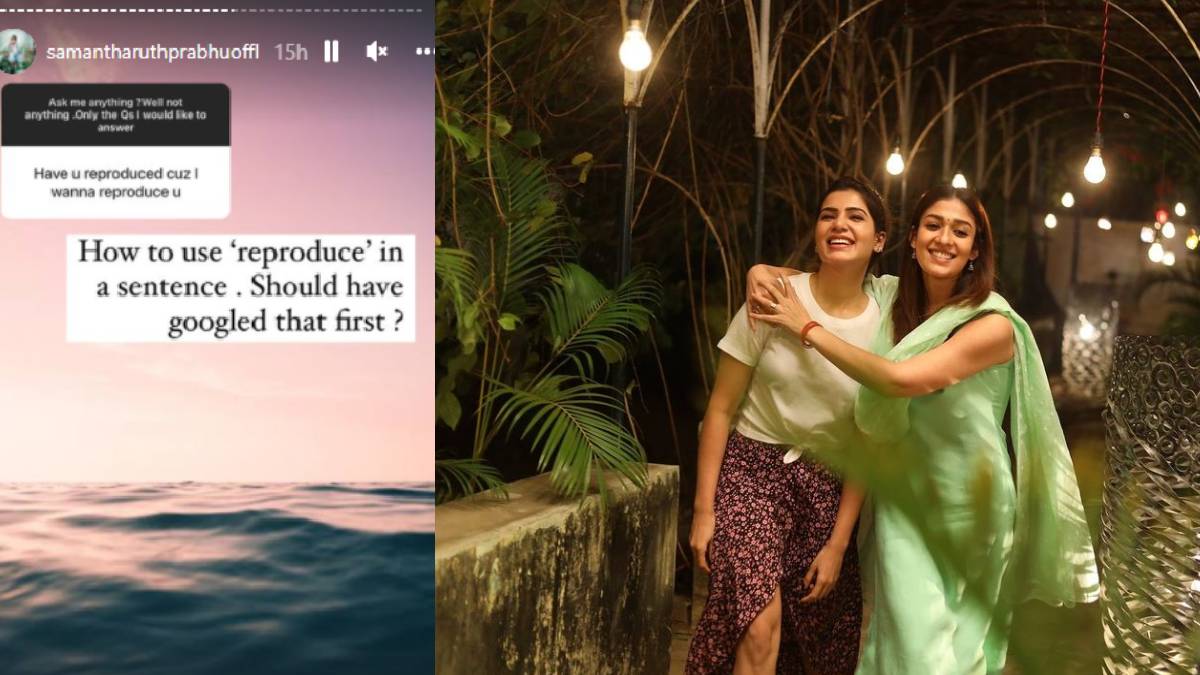 The response given by Actress Samantha to a Netizen who asked about reproduction is becoming a trend. Actress Samantha recently came up with a question to interact with her fans on her Instagram page. This made her fans come with so many questions.

Actress Samantha will be active mostly on her social media pages to will maintain a good bond with her fans. She is recently updating the post on Kathuvakkula Rendu Kadhal's movie and her on her holiday with her best friend. The glamorous first look of the upcoming Shakuntalam film starring actress Samantha was released yesterday.

The fans poured out likes and comments for that post. Meanwhile, Samantha Ruth posted in her story, " Ask me anything? Well, not anything. Only the QS I would like to answer."

For this, a netizen replied, " Have you reproduced cuz I wanna reproduce u." Samantha replied to the question saying, " How to use 'reproduce' in a sentence. Should have googled that first?

Samantha's reply was a good shot for the netizen who asked her such a question. Samantha's response to Reproduce question is going viral on Instagram. Samantha Ruth's reply was taken screenshot by her fans and was made viral on media.