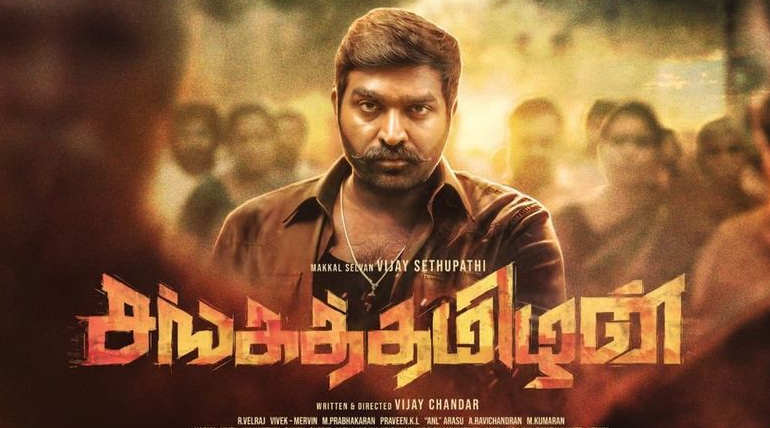 Sangathamizhan movie is all big right from production to casting and crew. Though Vijay Sethupathi solo starring films do not hit the box office for a long time, Sanga Thamizhan will do the needful. The movie bankrolled by renowned Vijaya Productions who produced lead actors for decades starring MGR, Ajith, Vijay, Kamal, Rajinikanth, and much more to praise in the list.

Sangathamizhan twirls a dual role in the film as a police officer and a villager. The story hangs up with the village background engrossing towards politics against some plantation issues plots Sanga Thamizhan. Despite holding delay in the release, Vijay Sethupathi acts full action drama co-starring Ramya Subramanian and Ananya in supporting roles.

The second half of the movie is fully positive and expected to gross more at the weekend with word of mouth. However, there is nothing new in this film. To put it simply, this is a story of a man fighting against a corporate company. Long and Predictable as there are many films in Sanga Thamizhan's journal-like Vijay's Kaththi.

Vivek-Mervin scores the music with viral songs Kamala and Sandakaari nee than already with zero need to prove on screens.R.Velraj handling the cinematography is a plus.

Overall, Sanga Thamizhan flags with a good note of music, action, story portraying itself as a firm family entertainer with a moderate story.