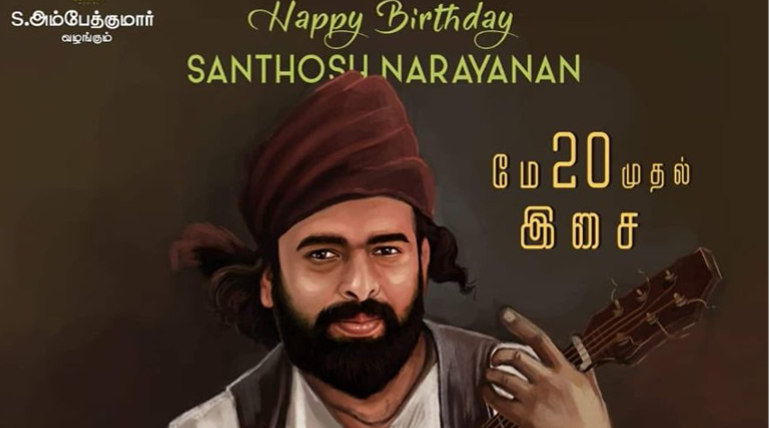 Gypsy movie's trailer was released earlier this year. The film is produced by Olympics production and directed by Rajumurugan. This is the director's third movie. His earlier projects were Cuckoo and Joker. Both off which gained high praises from the critics and won various awards. The movie Cuckoo was a romantic drama whereas Joker was a social-political drama which was very critically boasted by the audience. Following these two completely different genres, this movie will be a romantic journey based one. The full album of the movie is releasing on May 20 as announced by Santhosh Narayanan on his birthday today.

The film also stars Natasha Singh who plays the love interest of Jiiva. The actress is making her debut in the Kollywood film industry with this film. The movie's shooting was commenced on The month of June, last year. The movie was primarily shot at Karaikal and then moved on to various other places. The actor Jiiva learnt to play the guitar, especially for this movie. A Malayalam actor, Sunny Wayne was also roped in to play a prominent role of a communist leader in the movie. The movie's shooting was wrapped up on November of last year.

The movie's music is scored by Santhosh Narayanan who is one of the leading music directors in Tamil cinema. This is his third movie with the director Rajumurugan. The soundtrack is very much anticipated because of Santhosh Narayanan's music score. The movie's first song teaser "very very bad" was released in December. The promo was launched by Social Activists. This was the first ever movie to have Social Activists launch their promo. With the actor's recent movie Kee swarming the theatres now, the movie's release date is not yet announced and the audio will be released by upcoming Monday.