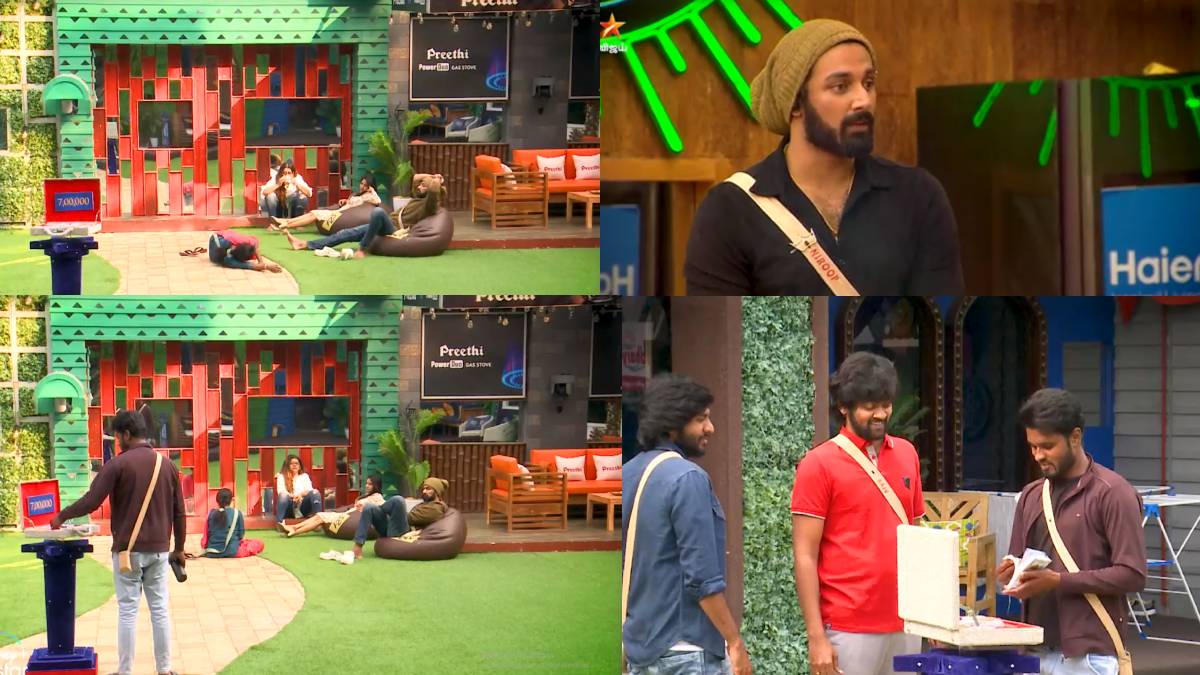 Bigg Boss contestants are currently heading in heavy progress towards the finals. The housemates are with a heavy competitive spirit by performing well in tasks. Who will take away the money this season is now a big question mark.

Actor Sarathkumar, who is still busy acting in Parambara, Ponniyin Selvan, made a majestic entry into the Bigg Boss Tamil 5 house like host Kamal. When the music was played, all the housemates were curious to know who had come. All the contestants looked at Sarathkumar and froze in amazement. They were confused as to what twist he had come up with.

When Priyanka saw Sarathkumar, she went out for a break and correctly predicted that Sarathkumar would come into the house to give the cash box or take someone with him. Proof immediately intervened as if to say yes. All the contestants met actor Sarath Kumar, who was inside the glass room like Yashika.

Priyanka asked actor Sarath Kumar whether he would watch Bigg Boss Tamil 5. He said that he would watch but not regularly and admitted the fact. Sarathkumar said that he came in after doing only a few studies on the contestants. He praised all the housemates for their behaviour inside the house.

Actor Sarathkumar told about every character inside the house by analysing what they had done. Sarathkumar, who spoke about Raju following the Ciby, said that it turns into a meme whatever Raju says. Sarathkumar has indirectly left, saying that Raju does not need this 3 lakh rupees box as Raju is on top with many fans.

Sarathkumar then gave the contestants several tasks. All enjoyed the tasks that were put to the test of physical strength. Sarathkumar, who had mastered the competition, called two of them and gave them the task. The episode was interesting, and now the question is who will take the cash of three lakhs and take an exit from Bigg Boss house.