Simbu Given An Update On Vendhu Thaninthathu Kaadu By Gautham Menon 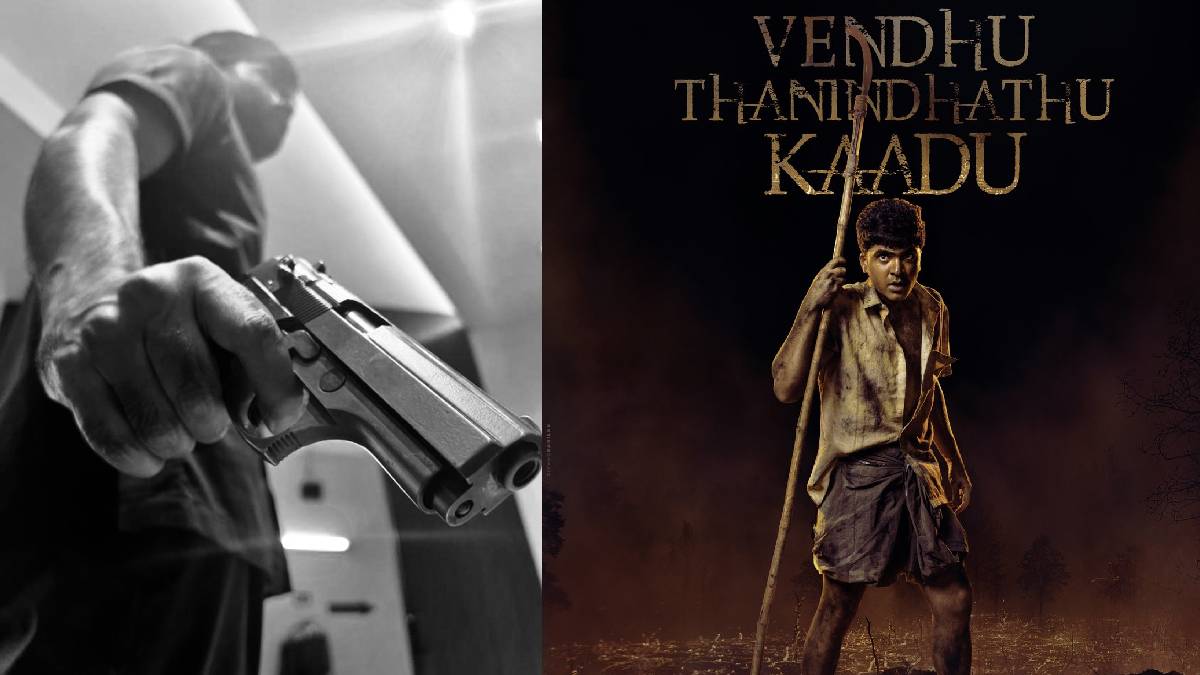 Simbu has announced on his social media site that the next phase of the film will start shooting from today and has also posted a photo of himself with a gun in his hand.

Following the block blaster hit of the Maanaadu movie, Silambarasan has stepped into his next Movie Vendhu Thaninthathu Kaadu. The very recent post of Simbu has made the STR fans celebrate. The photos of the movie shoot have already spread on social media after the movie poster released.

Simbu gave a massive comeback in the Movie Maanaadu, directed by Venkat Prabhu. The screenplay and the music of Yuvan Shakar merged perfectly with no blunt. More than Simbu, actor S J Suriya was praised for his next level of acting. Maanaadu movie was appreciated for the hard work made by the entire cast and crew.

The first look poster of Vendhu Thaninthathu Kaadu was released earlier, and there were no further updates on the movie, and now Simbu has given an update with a post. That particular tweet is going viral. The post is shared by many not only on Twitter but also on other social media.