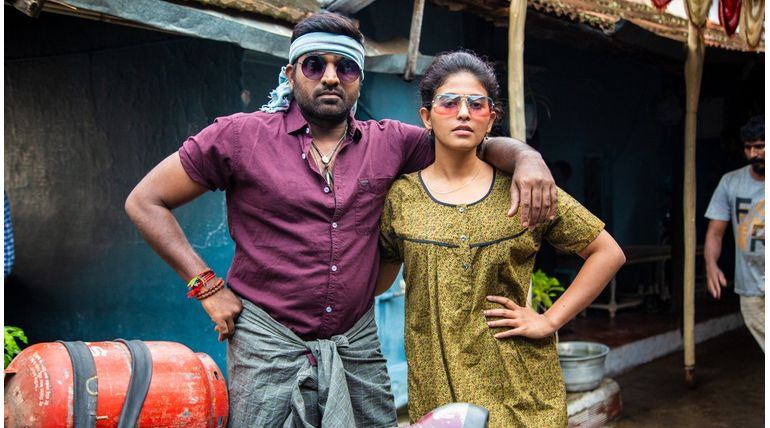 Sindhubaadh Movie Cast and Crew: Vijaya Sethupathi's starring Sindhubaadh has aroused enthusiasm amongst the audience with its trailer showcasing a sequence of intriguing segments. This is the third film Sethupathi joins hands with the director SU Arun Kumar after Pannaiyarum Padminiyum and Sethupathi. Sethupathi's son made a silver screen debut through this movie and their chemistry in the trailer brought a smile on everyone's face. It has been shown that they are playing the role of slick pick-pocketers. The elated audience seeing the duo in the trailer hooked up and counting the dates to see them on big screens.

The romance does take the equal balance in the movie. Vijay Sethupathi's romantic looks of squeezing his eyebrows and pursing his lips have satisfied the audience's hunger for romance part in movies. Anjali's performance also expected to be the best as the essentials are well brought in the trailer. As always screened, Anjali again takes the eccentric character, jovial typically a loudspeaker. This pervades into the minds of onlookers and makes them walk down their memories as everyone has one loudspeaker friend to cherish always.

Besides these, the trailer also gives the action movie feel and we are told that the villain's character is vice and he is a psychopath. It is shown that father and son run for their lives and Anjali's dialogue endorses the high-octane action scenes. The film's teaser has played its part well and has shot in different locations in Thailand and Tenkasi. It goes without saying that the music is going to be thunderous with Yuvan Shankar Raja's tunes. The movie is produced by SN Rajarajan and Shan Sutharsan under the banner of K productions. The editing was done by Ruben.

Sethupathi is debuting Mollywood in Marconi Mathai directed by Sanil Kalathil along with renowned Jayaram slated to be released soon. He has around half a dozen projects in hand, but he has taken out time for the upcoming Tamil comedy film Chennai Palani Mars directed by Biju Vishwanath and produced by Vijay Sethupathi under the banner of Vijay Sethuapthi productions.