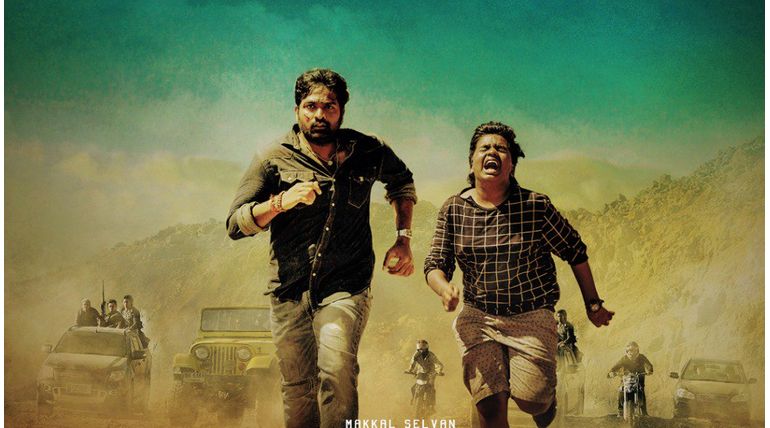 Sindhubaadh movie release date is now officially out after the financial issues have been sort out by the makers of the film. Vijay Sethupathi starrer Sindhubaadh which was about to release last weekend got delayed due to the case registered by Arka Media Works on K Productions for the pending due from their previous films. Dhanush starrer Ennai Nokki Paayum Thotta is also held by them due to this issue.

While the release date was set as June 21, 2019, Sindhubaad did not make it on time and the shows got cancelled at last moment before release. It is been a while since this KDM and release issues approached Kollywood. Now it is officially back with this Vijay Sethupati starrer film and no actor films are left except the elite star actors to get affected with this finance issues.

Now after all the negotiations, Sindhubaadh release date has been set as June 27, 2019. The movie is releasing this Thursday worldwide with certain anticipations around it. Theatres are ready to give maximum space to the film as no films are holding strong at the box office. Without any interesting Tamil releases, Kollywood looks so dry and the Hindi film Kabir Singh topped the weekend box office.

With Vijay Sethupathi film releasing this week, box office is expected to have a raise as the promising makers are up to deliver a solid entertainer. The combo has already delivered two successful films, Pannayaarum Padminiyum and Sethupathi and this time it is been looked forward to be another entertainer with higher scale in making.