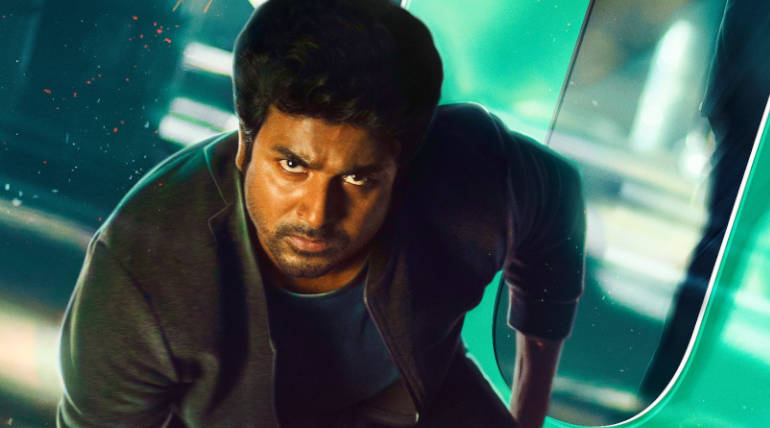 Sivakarthikeyan speech at  Hero trailer launch: Following the commercial and emotional success of Namma Veetu Pillai, Sivakarthikeyan catches us with his next film Hero directed by P.S.Mithran. While the teaser of the film has already been released, the audio and trailer function of the film has currently held in Chennai.

As the film blocked dates on December 20th for the Christmas week to hit the silver screens, KJR and team touting with Hero trailer launch were held at the Satyam Theater in Chennai.

The trailer of the SK's new movie Hero has been released with Gokul, a fan of Sivakarthikeyan, who won the first prize for playing the Play Hero game. Succeeding the preview launch, actor Sivakarthikeyan said that after watching the Hero, fans could boast that Hero is an essence film.

Speaking at the Hero trailer launch, Sivakarthikeyan claimed that he knew director P.S.Mithran ten years ago through cinematographer George Williams. SK added his joy of working with both friends and technicians in the Hero movie. Speaking further, Sivakarthikeyan said, "I am very happy to act with Action King Arjun and learned useful tricks of cinema from the legend on sets."

Yuvan's background music in the trailer is hysterical, while the songs of the Hero movie are largely unpredictable. Sivakarthikeyan said that the lyrics of the Hero movie connected his life events and thanked Pa. Vijay for giving good inspirational words.

The social gritty film creator P.S.Mithran comes with another plot happening in real life after his blockbuster hit in Vishal's Irumbuthirai flick. Sources reveal that Hero drama of SK co-starring Arjun, Abhay Deol, Kalyani Priyadarshan, and Ivanna under the KJR studios production twirls around the educational practice and crimes dealt in India.

KJR promotion tricks go on the ground with many games #Playhero, and Hero merchandise grasps more audiences' attention with the intriguing trailer.