SJ Surya With Unique Style for his Upcoming Film Monster 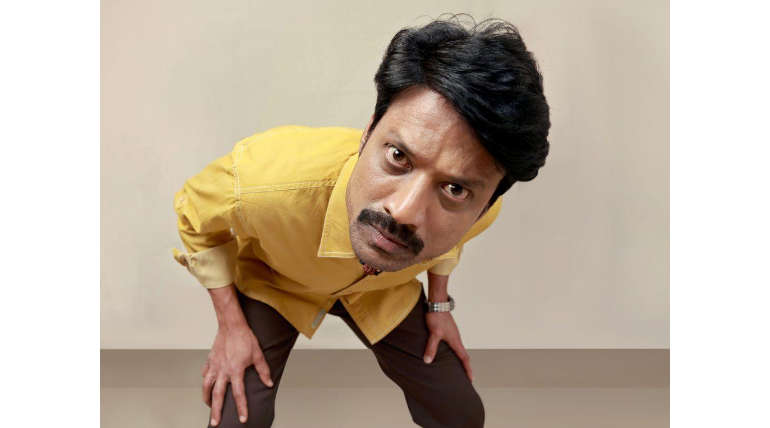 S J Surya who is one of the versatile personality of Tamil cinema is now back with his new film â€œMonster.â€ The movie is directed by Nelson Venkateshan who earlier directed the romantic drama â€œ Oru Naal Koothu.â€  â€œMonsterâ€ is a comedy fantasy film produced by Potential studios. Their previous productions Nayanthara starrer horror film â€œMayaâ€ and multiple starrer â€œ Managaram â€œ were both decent hits for the company. Followed by that, â€œ Monsterâ€ is the third movie under their production.

S J Surya is doing a lead role after a long time after his psycho-thriller â€œ Isai â€œ in 2015. The movie also stars Priya Bhavani Shankar as the female protagonist. She rose to fame from doing soap operas to starring in recent movies like Meyadha Maan, Karthi starring Kadaikutty Singam and so on. The music is scored by Justin Prabakaran. His earlier projects were Pannayarum Padminiyum and some more short films. He is a budding music director in both Tamil and Malayalam film industry. The plot is a kid-centric subject in which S J Surya is doing a role he has never done before.

S J Surya also has some interesting projects such as Nenjam Marapadhillai, Iravaakalaam in his pocket. It is also recently announced that he has signed a project with the Bollywood superstar Amithab Bachchan. The project is titled as â€œ Uyarntha Manidhan.â€ Monster is targeted purely on children as said by the director of the film. The movie revolves around Priya, the female lead of the film. The movie also stars Karunakaran, the budding comedian in a prominent role. The cast is minimal with the storyline moving along with only three characters of S J Surya, Priya and Karunakaran. The movie is all set for release on May 17 this year.

SJ Surya With Unique Style for his Upcoming Film Monster