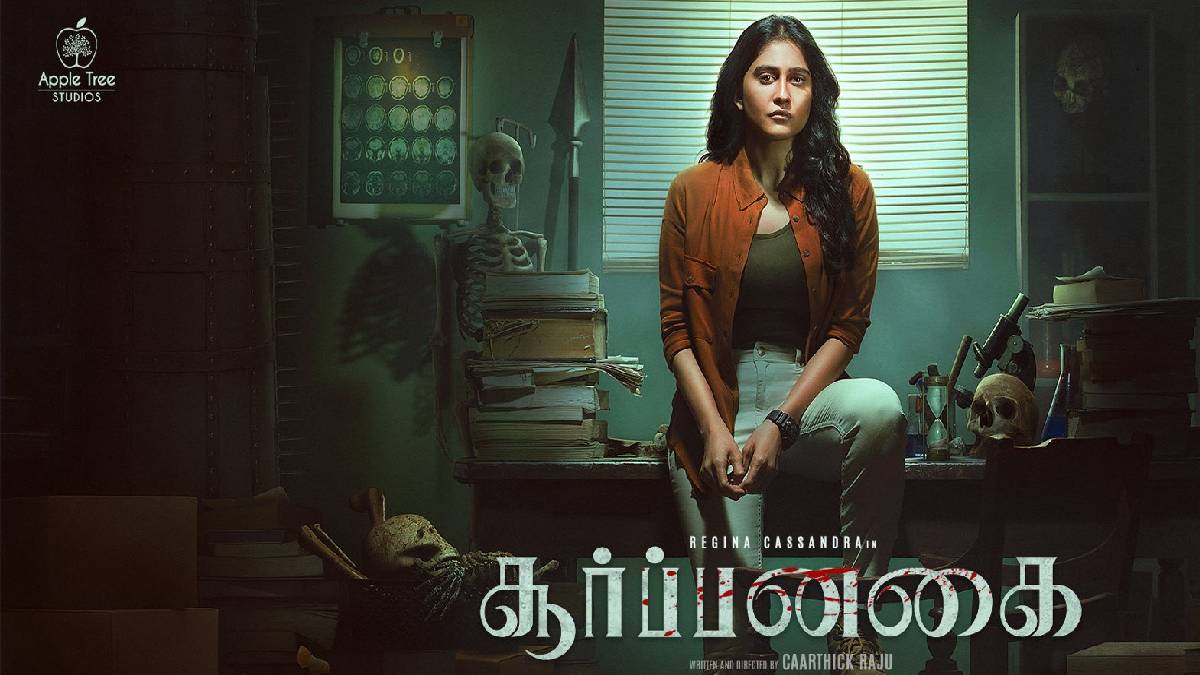 Soorpanagai, an upcoming Tamil film starring Regina Cassandra, is expected to be released soon. The movie trailer is well reached among the public with positive comments. The film is wrapped with thrill, suspense, horror with historical background.

Soorpanagai trailer was released on September 13 in both Tamil and Telugu. The response from the public was beyond expectation.  Regina Cassandra has done the lead role in the film as an archaeologist. Her role is the key feature in the movie while taking control over the film's entire plot.

The film travels in the journey binding with the historical background. The film trailer brings the early movies Chandramuki, Arundhati and Bhaagamathie. There are few reflections of these films in the Soorpanagai trailer when the costumes, locations and settings.

Regina Cassandra is assisting in the investigation of the mysterious murders. As she begins her investigation, many mysterious and unanswerable question arises. They witness many horrific things that drop from closets and skeletons, and ancient things. This arouses curiosity to know what happens next and what will be the reason behind the death.