SPB Back On Track In Darbar For a Massive Intro Song 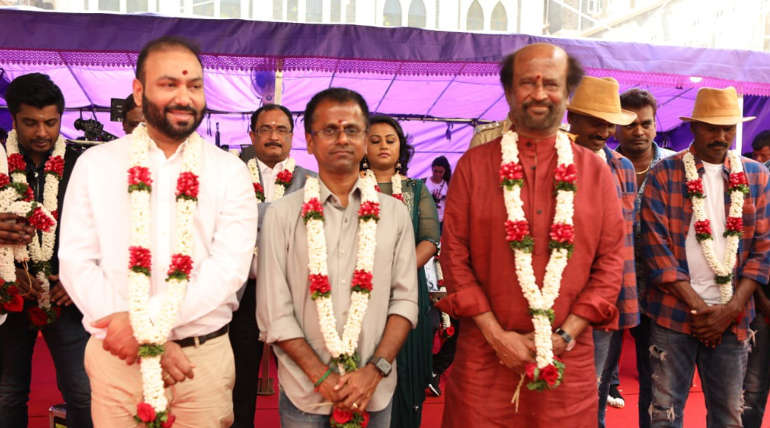 Under Lycaa productions the film Darbar is to be directed by A.R Murugadoss featuring Superstar Rajinikanth and Nayanthara at the lead roles. Though clashes held between the movie team members and fans in the college campus, the first slot was successfully shot in Mumbai under rigid protection. The crew has taken a break and again the shooting is expected to continue by the end of May. It is found that only song sequences might be shot in foreign locations. Apart from that entire film is planned to be accomplished in Mumbai.

Darbar filmâ€™s first look poster was released and gained high attention among the audience. From the poster, it was found that Superstar is taking the role of an Encounter specialist. The poster had a massive impact on the background dispersed with riffles.

Yogi Babu is about to play a notable support role in the film. Also, talks are spreading out about Nivetha Thomas playing the role of Rajinikanth's daughter in the film. It is said that the director made a wise pick of artists from Kollywood and Bollywood industries for each significant short roles.

After the blockbuster hit of songs in Pettai, Anirudh is continuing with the tune composition for Darbar. The huge fan following of Superstar has an extraordinary interest for his introduction song. It is because the title song of Rajinikanthâ€™s film usually has a firm message for life. Since 90â€™s SPB rendered an applauding contribution to Superstarâ€™s title songs. The fans feel that his fierceful voice is the best suit for strong lyrics and a perfect fit for Superstarâ€™s intro. It is announced that after a long time SPB is singing a complete track for Rajinikanth in Darbar.

SPB Back On Track In Darbar For a Massive Intro Song