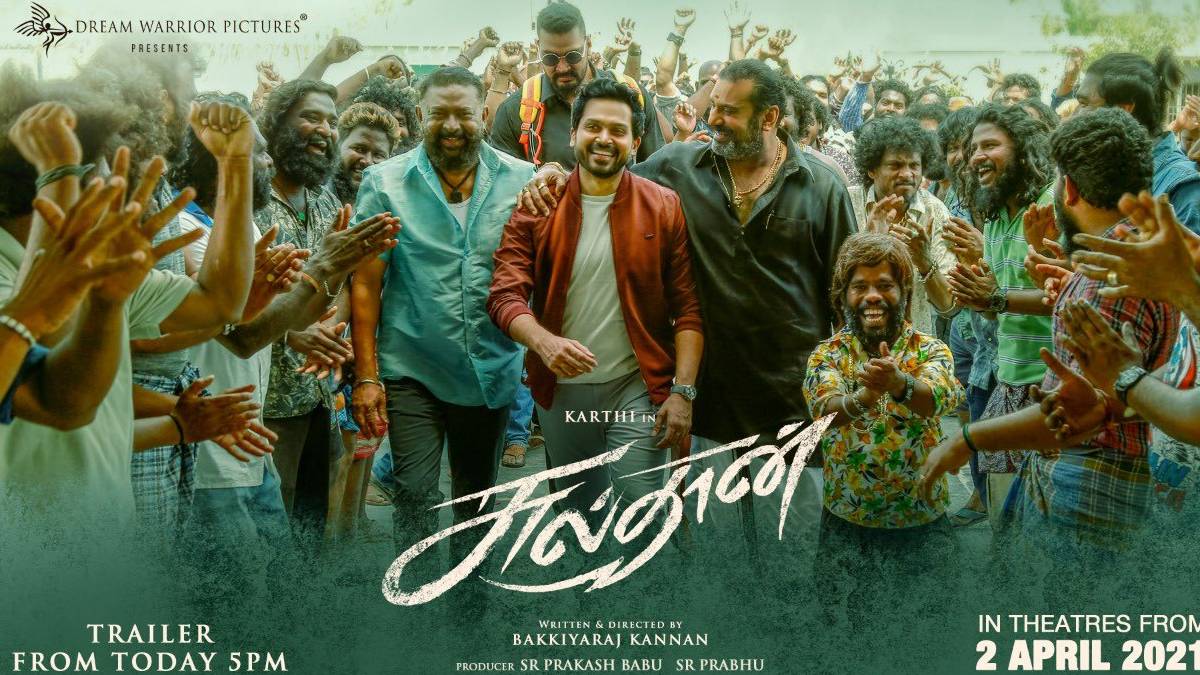 Sulthan's (2021) Tamil movie trailer has come out very well with an amazing hint on the story. It is a Tamil action-drama under the direction of  Bakkiyaraj Kannan, produced by SR Prakash Babu and SR Prabhu under the banner of Dream Warrior Pictures.

Karthi and Rashmika Mandanna star the leading roles. The music is on track with Vivek-Mervin with a beautiful Cinematography of Sathyan Sooryanediited by Ruben, and the protege of the composer is Anirudh Ravichander.

The trailer got released yesterday and received a massive range of responses on Youtube. The trailer began with the village speaking about rowdies who disturb the peace in the village.

The village people see Sultan as a savior who voices out in action for the needs of people. Sultan loves his father and wishes to satisfy his needs. The friendly rapport between Sulthan and his father and the affection can be found in the trailer.

The words in the trailer are so powerful, which shows the people's trust in Sulthan. At the same time, the movie travels with the love chemistry between Rashmika Mandanna and Karthi.

The movie song 'Yaraiyum Ivlo Azhaga' song sung by Silamarasan written by Viveka, released on March 5, 2021, is still hitting likes on Youtube. 'Eppadi irundha Naanga' song was also enjoyed by many, which conveys the hero's love to the heroine with funny lyrics.

And the first single song released on February 11, 2021, sung by Anirudh, Junior Nithya, and Ganna Guna, 'Jai Sulthan' is enjoyed with the vibrant of the song.

The trailer has received 2.4 million views in 21 hours of release, and the movie is screened on April 2, 2021. The expectations are at the peak after the release of the trailer.

Actor Karthi has tweeted on his page saying,' Dedicating #Sulthan trailer to all my fans who have been cheering and supporting me all the time. Love you all! Here it is!' and this tweet is retweeted and trends on social media.

Dedicating #Sulthan trailer to all my fans who have been cheering and supporting me all the time. Love you all! Here it is!#SulthanTrailer - https://t.co/Twam1DKN6q #SulthanFromApril2